The situation is "especially serious" in major hotspot districts or emerging hotspots like Ahmedabad and Surat in Gujarat, Thane in Maharashtra, Hyderabad in Telangana and Chennai in Tamil Nadu, the Union Home Ministry said today. 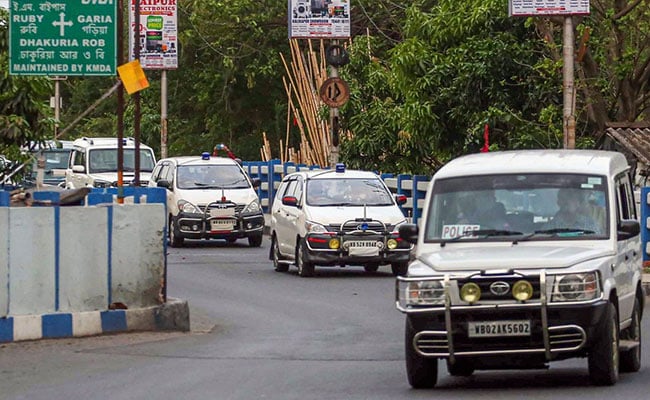 Central teams to asses alleged coronavirus lockdown violations and other gaps in the fight to control the contagion will be sent to three more states, Gujarat, Telangana and Tamil Nadu, the government said today, amid a row with Bengal.

The situation is "especially serious" in major hotspot districts or emerging hotspots like Ahmedabad and Surat in Gujarat, Thane in Maharashtra, Hyderabad in Telangana and Chennai in Tamil Nadu, the Union Home Ministry said today in tweets.

Five Inter-Ministerial Central Teams (IMCTs) will be sent to assess the situation in the states, issue directions to state authorities and submit their report to the centre "in the larger interest of the general public, the ministry announced.

The teams, said the ministry, would focus on compliance and implementation of lockdown measures, the supply of essential commodities; social distancing, preparedness of health infrastructure, safety of health professionals and conditions in relief camps for labourers and the poor.

Two central teams in Bengal have complained about non-cooperation from the Mamata Banerjee government in the three days that they have spent in Kolkata and Jalpaiguri.

On day 1, Chief Minister Mamata Banerjee complained to Prime Minister Narendra Modi that the teams arrived long before she was told about them. She and her party, the Trinamool Congress, also questioned why no team was sent to states like Gujarat, which has seen a spike in coronavirus cases and is now the second worst hit state in India.

With an explanation, the Chief Minister said, her government would not be able to cooperate with the central team.

For much of their first two days, the team in Kolkata were kept waiting for permissions and assistance from the state administration.

The Bengal government dismisses the centre's allegation that it has been underreporting virus cases and has violated lockdown guidelines repeatedly by allowing shops and crowds in various cities.