The dead woman has been identified as Ms Momita from West Bengal, said the Haryana government. 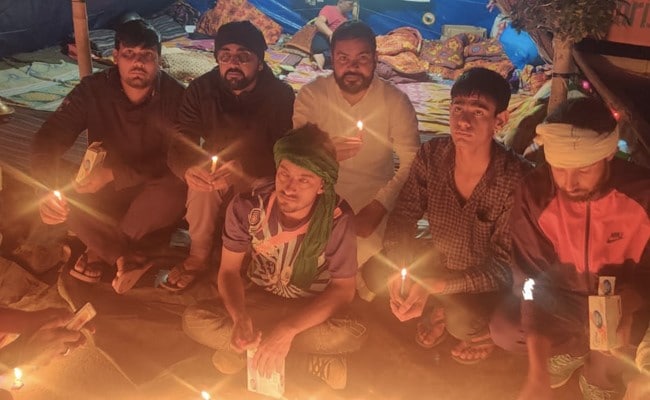 There are about 16,000 farmers who have been sitting on dharna at Tikri

A 25-year-old woman died of COVID-19 at Tikri border, near Bahadurgarh in Haryana where farmers have been agitating against the repeal of the centre's three farm laws for last many months, becoming the first such case at the protest site.

The dead woman has been identified as Ms Momita from West Bengal, said the Haryana government.

"She complained of fever on April 26; at about 1 pm she was taken to GH Bahadurgarh Hospital but did not get a bed. She was then taken to PGIMS Rohtak but there also hospitals were full so she was admitted to Corona ward of hospital Shivam in Bahadurgarh," a senior district official said.

Ms Momita had accompanied farmers when they had had gone to campaign in the Bengal state elections. She was also seen alongside protesters at Tikri border near Bhagat Singh Library.

"Her parents were there and were aware she was a Covid patient. Her last rites were conducted today in Bahadurgarh," DGP Haryana Manoj Yadav told NDTV.

"We also came to know about the death, but we are following Covid appropriate behaviour," said Singara Singh Maan of BKU Ekta Ugrahan, who is sitting in protest at Tikri Border.

There are about 16,000 farmers who have been sitting on dharna at Tikri while about 8,000 are protesting at Singhu, another protest site.

The state administration had set up camps for farmers to get tested but they refused, he added.

"We had three meetings with them last week, while refusing to get tested they have agreed for vaccination. So far we have been able to vaccinate about 1,500 of them," SP JS Randhawa told NDTV over phone, adding that the state administration has opened up a vaccination centre near Singhu border.

Farmer leaders maintain that they have left the choice to be vaccinated to the individuals. "We cannot compel anyone, it's individual choice as far as vaccination is concerned; we are co-operating and asking people to get vaccinated," Amolak Singh, state president of PLS Manch, said.