Security loopholes were found at the "ladies sangeet function" organised at Arista resort in Mohali on October 8. 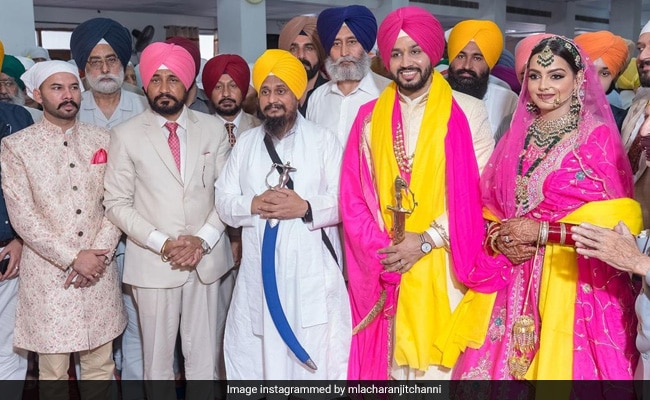 Several uniformed police personnel were drunk at the wedding function of the Punjab Chief Minister's son, a senior police officer has revealed in a letter to the state's top cop. Several other security loopholes have been pointed out in the letter. A police officer has also been suspended.

Security loopholes were found at the "ladies sangeet function" organised at Arista resort in Mohali on October 8.

In a detailed letter to the state's Director General of Police, the senior police officer says that the security arrangements were found lacking. Many armed employees entered the venue unchecked due to "weak checking" at the main gate.

Women police personnel deployed at the venue in plain clothes were seen partaking in the festivities and consuming food and beverage in groups. A gazetted rank police officer was seen touching the feet of a minister, which according to the letter was a topic of much discussion.

No CCTV cameras were installed to monitor VIPs and "special persons" when they were getting out of their vehicles. "Anyone can enter the venue in the guise of a VIP this way," the letter added.

Commandos posted for Mr. Channi's security were "mostly busy watching videos on their phones", and some security personnel entrusted with his security were found consuming alcohol. Personnel deployed at entry gates also reportedly left their duty points before the end of the function.