2022 Gujarat Elections: Imran Khedawala, the sitting Congress MLA from the Jamalpur-Khadia Assembly constituency in Ahmedabad city, won the election by a margin of 13,658 votes on Thursday to retain the seat. 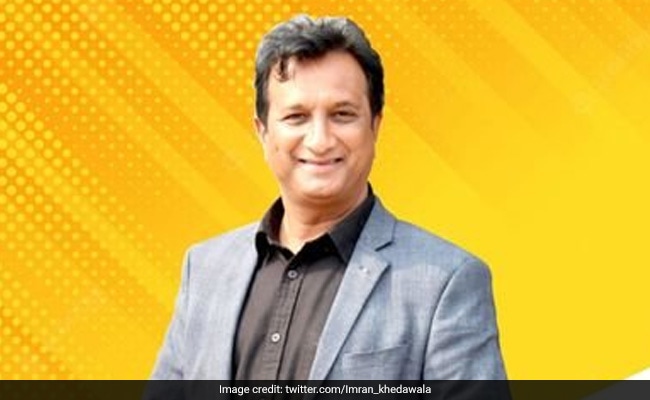 Imran Khedawala of the Congress is the only Muslim candidate elected to the 182-member Gujarat Assembly in the just concluded polls, which saw the ruling Bharatiya Janata Party (BJP) register a landslide victory.

The outgoing Assembly had three Muslim legislators, all from the Congress.

Mr Khedawala, the sitting Congress MLA from the Jamalpur-Khadia Assembly constituency in Ahmedabad city, won the election by a margin of 13,658 votes on Thursday to retain the seat.

He defeated his nearest rival, Bhushan Bhatt of the BJP, in the Muslim majority constituency, where state president of the All India Majlis-E-Ittehadul Muslimeen (AIMIM) and former MLA Sabir Kabliwala was also in the fray.

In 2017, three of five candidates from the minority community fielded by the main Opposition party had emerged victorious. Muslims account for around 10 per cent of Gujarat's population.

Congress candidate and sitting MLA Gyasuddin Sheikh lost to BJP's Kaushik Jain in the Dariapur Assembly segment of Ahmedabad district. Another legislator of the Opposition party, Mohammed Javed Pirzada, faced defeat in Wankaner in Morbi district at the hands of the saffron outfit.

The Aam Aadmi Party (AAP) candidate took away 53,110 votes and contributed in the defeat of Pirzada.

In the Abdasa seat in Kutch district, Congress' Muslim candidate Jat Mamad Jung was defeated by a margin of around 9,000 votes by BJP nominee and former Congress MLA Pradhyumansinh Jadeja.

The AAP had fielded Muslim candidates on three Assembly seats - Jamalpur-Khadia, Dariapur and Jambusar - but none of them won.

The BJP did not field a single Muslim candidate, while 12 All India Majlis-E-Ittehadul Muslimeen (AIMIM) nominees from the minority community were in the fray, but all of them were trounced. Two of these AIMIM candidates finished third in their respective constituency.

In the just concluded elections, the BJP won 156 seats, the highest by any party in Gujarat's history, while the Congress came a distant second with 17 seats. The AAP emerged victorious in five Assembly segments.