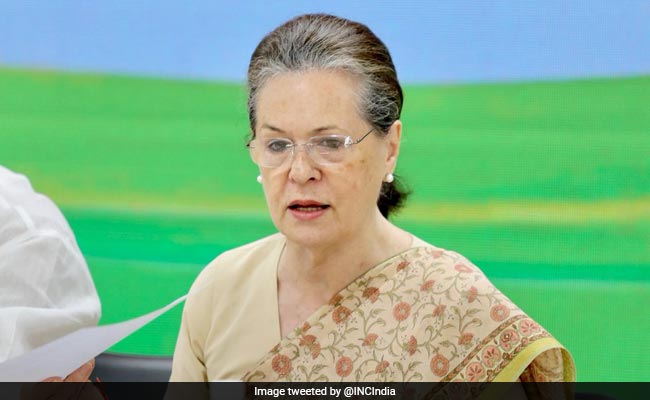 The list was cleared by a committee under the chairmanship of Congress chief Sonia Gandhi.

The list of candidates, which was cleared by the party's central election committee under the chairmanship of Congress chief Sonia Gandhi, also awarded the party ticket for Latur seat to former Chief minister Vilasrao Deshmukh's son Amit and that for Solapur City Central to former Home Minister Sushilkumar Shinde's daughter Praniti.

Hectic parlays are underway in Maharashtra for the upcoming polls, which will be held on October 21. On Saturday, the ruling BJP and the Shiv Sena were believed to have come to an understanding over seat division. "We will contest together and are going to announce it soon. We have already decided on the alliance. It is just that we are working on the number of seats," Mr Thackeray was quoted by news agency ANI as saying.

Sources told NDTV on Friday that the BJP would contest 144 of the state's 288 seats, whereas the Sena had agreed to contest 126 seats. 18 seats would be allotted to the smaller allies under the seat-sharing deal, sources said, adding the Shiv Sena would also get the post of Deputy Chief Minister.

The results of the assembly elections will be announced on October 24.