In a potentially key judgment last Friday, the Supreme Court had said quotas and reservation for promotions for government jobs is not a fundamental right. 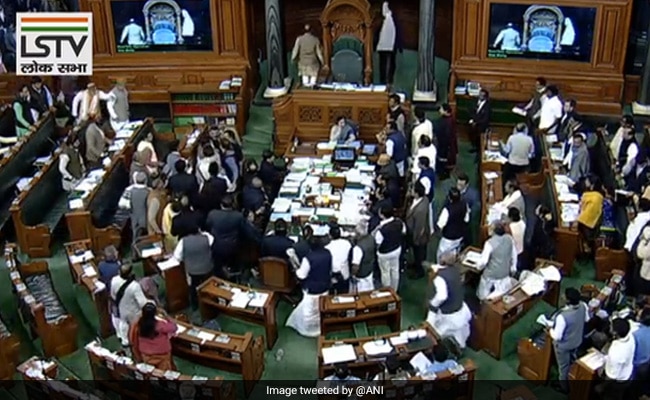 The Lok Sabha today witnessed uproarious scenes with the Congress seeking government's reply on the Supreme Court ruling that reservation in jobs and promotions for Scheduled Castes and Scheduled Tribes is not a fundamental right.

Leader of Congress in Lok Sabha Adhir Ranjan Chowdhury raised the issue during Question Hour soon after the house assembled for the day leading to Speaker Om Birla and Deputy Leader of the House Rajnath Singh assuring the opposition to take up the matter during Zero Hour.

Raising the issue as a matter of protest against the top court's verdict, Mr Chowdhury hit out at the Narendra Modi-led government for inflicting a "big damage" to the key empowerment tool available to Dalits and asked the government to clarify its stand over the issue.

The Lok Sabha Speaker stopped the Congress leader from raising the issue during Question Hour, saying "you should not interrupt the house proceedings like this. You can raise the issue during Zero Hour. The government will reply to your queries."

As the Congress continued its demand, Rajnath Singh intervened and said: "The judgment has been given by the Supreme Court. Social Welfare Minister will reply to your queries during Zero Hour."

Bharatiya Janata Party (BJP) ally Lok Janshakti Party (LJP) also opposed when the Supreme Court on Friday delivered the verdict which mentions that quotas and reservations for promotions for government jobs is not a fundamental right.

The top court had said it could not compel states to provide quotas and states could not be forced to make such provisions without data showing imbalance in representation of certain communities in public service.

(Except for the headline, this story has not been edited by NDTV staff and is published from a syndicated feed.)
Comments
Lok SabhaSupreme Court rulingreservation in jobs

Election Commission Allows Use Of Indelible Ink On Quarantined People