Chhattisgarh election results: Raman Singh is the longest-serving chief minister of the BJP; in 2013, he won from Rajnandgaon seat by 36,000 votes 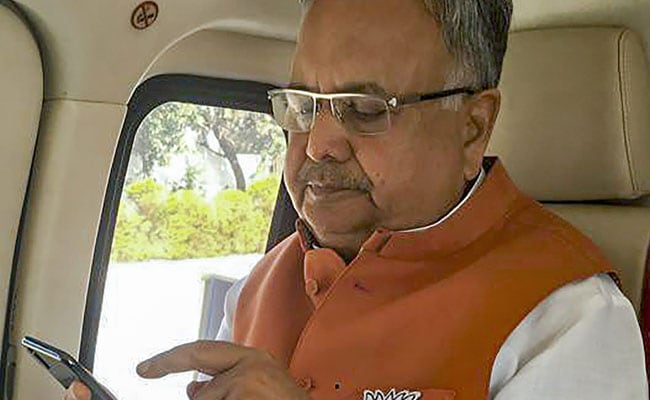 The ruling BJP lagged behind the Congress as votes were counted in Chhattisgarh on Tuesday. Three-term Chief Minister Raman Singh of the BJP was briefly trailing in his constituency, but is now leading. As the Congress widened the gap with the BJP in Chhattisgarh, Raman Singh was locked in a tough fight in Rajnandgaon seat, where his rival is Congress's Karuna Shukla, the niece of former prime minister Atal Bihari Vajpayee.

Mayawati's move to tie-up with Ajit Jogi -- a Congress rebel -- was widely predicted to hurt the Congress more than the BJP.

Several exit polls had predicted a neck-and-neck fight between the big two and some projected victory for the Rahul Gandhi-led party.

The BJP is seeking a fourth straight term in office; the Congress is aiming to return after 15 years out of power in the largely tribal state.

In the 2013 elections, the BJP won 49 seats, the Congress 39, while one seat each was bagged by the BSP and an Independent.

Search Continues To Find Survivors After Cloudburst In J&K Village