The programme is likely to have a major impact on the country's exchequer, costing a huge Rs 3.6 lakh crore per annum, according to economists. 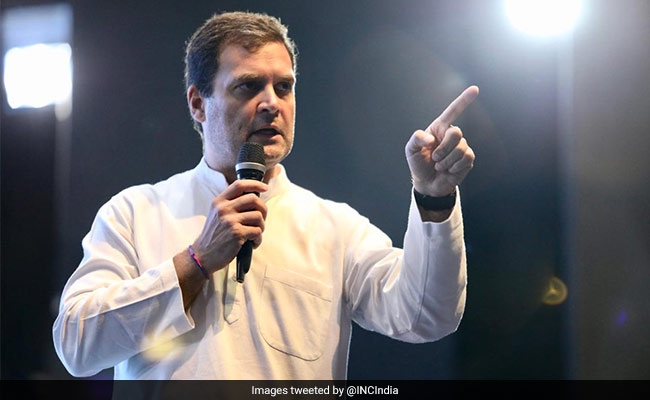 New Delhi: The Congress on Monday announced a minimum income guarantee programme that will give up to Rs 72,000 a year or Rs 6,000 a month to 20 per cent of India's poorest families if voted back to power. Congress President Rahul Gandhi, facing a tough opponent in Prime Minister Narendra Modi in general elections set for April and May, called the proposal a "final assault on poverty" and said it would benefit 25 crore people. While the idea of a universal basic income (UBI) has been discussed in India for a while as a poverty alleviation measure, this is the first time any major political party has come out with a promise of this scale. The name of the scheme - Nyuntam Aay Yojana - has been coined with its acronym "NYAY" in mind, the Hindi word for "justice".