Congress In Madhya Pradesh Should Be More "Generous" To Allies: BSP Legislator

Out of the 28 legislators who had taken oath as ministers in the Kamal Nath-led government in the state, there is only one independent MLA. 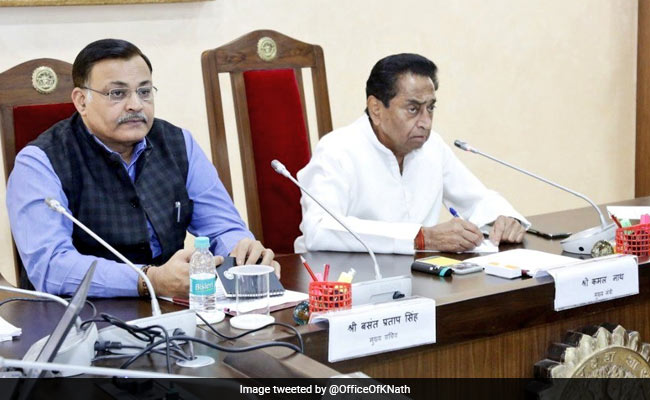 28 cabinet ministers were sworn in on Christmas in the Kamal Nath-led Congress.

BSP legislator Sanjeev Singh alias Sanju on Friday said that the Congress government in Madhya Pradesh should be more "generous" towards legislators of other parties and independents as it has got a majority in the assembly due to their support.

Out of the 28 legislators who had taken oath as ministers in the Kamal Nath-led government in the state, there is only one independent MLA.

"The Congress government in the state and its leadership should be more sensitive towards them. They should be respected and given their due. The ruling party should be more generous and kind towards its allies," he told PTI.

In a nail-biting finish to the Madhya Pradesh assembly polls announced earlier this month, the Congress got maximum 114 seats in the 230-member state assembly, closely followed by the BJP with 109 seats.

With the support of two Bahujan Samaj Party MLAs, one Samajwadi Party MLA, along with a few other MLAs, the Congress crossed the majority mark and managed to form a government in the state.

Mr Singh's remarks came at the time when allocation of portfolios in the Kamal Nath-led Congress government in Madhya Pradesh continued to be in limbo, three days after 28 cabinet ministers were sworn in on Christmas.

While the Congress officially claimed there was no delay in the allocation of portfolios, sources in the party as well as the opposition Bharatiya Janata Party have maintained that power tussles and groupism were creating hurdles.