Congress "False Propaganda" Over CAA Out Of Frustration: UP Minister

After the top court ruling, the Congress and its allies do not have the "moral right" to speak over Citizenship (Amendment) Act, says Uttar Pradesh Deputy Chief Minister Keshav Prasad Maurya. 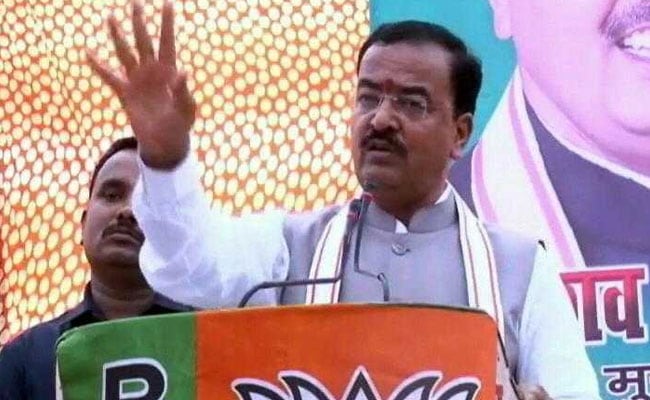 The BJP leader said the Congress is spreading "falsehood" over the CAA for political gains.

The Supreme Court declining to grant a stay on the operation of the CAA is a "tight slap" on the face of the Congress by the people of the country, he said.

The BJP leader said the Congress is spreading "falsehood" over the CAA for political gains.

"The Congress and other opposition parties have been engaging in false propaganda over the CAA out of sheer frustration as several complex issues were successfully solved by the the PM Modi government," Mr Maurya said.

"..in the Chhattisgarh assembly election (in 2018), the Congress made false promises to get elected to power. Now, they have failed to fulfill their promises. Similarly, they are speaking lies (over CAA) and
doing worst politics of Muslim appeasement for political gains," he said.

However, lies of the Congress and other opposition parties have now been exposed before people, the Deputy Chief Minister added.

He said Congress leaders "speak the language" of Pakistan PM.

"After the top court ruling, the Congress and its allies do not have moral right to speak over it (CAA)," Mr Maurya added.

He said if Chhattisgarh Chief Minister Bhupesh Baghel is talking about passing a resolution in the Legislative Assembly blocking the implementation of CAA in the state, then it seems he is not aware of his limits.

"Parliament and state Assemblies have separate responsibilities and works. He (Baghel) is just trying to divert attention of the people of the state from local issues," the BJP leader said.

On the implementation of the proposed National Register of Citizens (NRC), the BJP leader said as of now there is no such plan, but "what will happen in the future is not known".