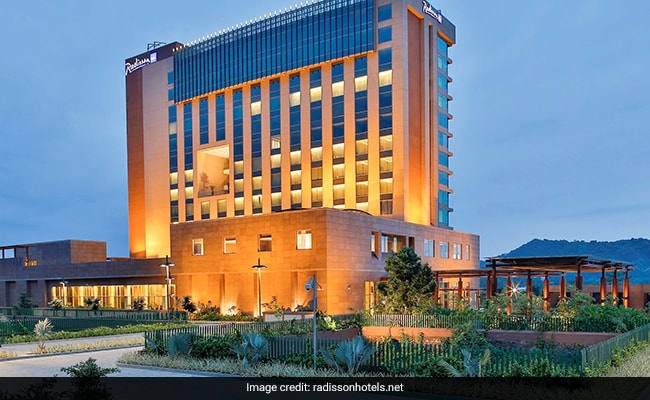 Radisson Blu in Guwahati, the hotel where the rebel Shiv Sena MLAs are staying.

As rebel Shiv Sena MLAs from Maharashtra continued to camp in Guwahati in BJP-ruled Assam, the state's Congress unit chief, Bhupen Kumar Borah, on Friday asked their leader Eknath Shinde to leave immediately, saying that the MLAs are getting "royal hospitality" amid floods in Assam.

"Your presence is creating an unhealthy atmosphere," Mr Borah said in his letter to Eknath Shinde.

The Congress is a partner of Uddhav Thackeray's Shiv Sena, along with Sharad Pawar's NCP, in Maharashtra's Maha Vikas Aghadi (MVA) government. Chief Minister Thackeray is fighting an unprecedented rebellion that has seen more than 40 MLAs backing Eknath Shinde, who are staying at Radisson Blu Hotel in Guwahati since June 22.

I have written a letter to
Sri #EknathShinde Minister of #Maharashtra requesting him to leave Assam along with his MLAs who are sheltering at hotel to topple the #MVAGovt .The letter has been given to one on duty police officer at Hotel Radison Blu.#MaharashtraPoliticalCrisispic.twitter.com/5msACuiNwC

"Assam is a land where people give a lot of respect to ethics and values," the state Congress chief wrote in his letter to Mr Shinde, "Your presence in Guwahati with MLAs of the ruling Shiv Sena from Maharashtra, who have been kept in a hotel for alleged horse-trading to topple the elected Government of Maharashtra and the continued media coverage of the same, has not gone [down] well with the Assamese people.

He underlined that Assam is facing a devastating flood situation: "In such a critical and deplorable situation of the state, the presence of Shiv Sena MLAs in Guwahati and the busy activities of the Assam government in providing royal hospitality are quite unfair and unacceptable."

"Assam has been defamed by your presence," Mr Borah further wrote.

The Congress leader also attacked Assam Chief Minister Himanta Biswa Sarma, saying that the state machinery should be busy with the management of the flood crisis but the presence of the MLAs has created a hindrance.

"Considering the damage that you have caused to Assam and its people by your presence, I would like to advise you to leave Assam at the earliest in the greater interest of the state," Mr Borah told Eknath Shinde.