Several BJP leaders, including Union Minister Giriraj Singh, had questioned the support extended by Deepika Padukone to the JNU students. 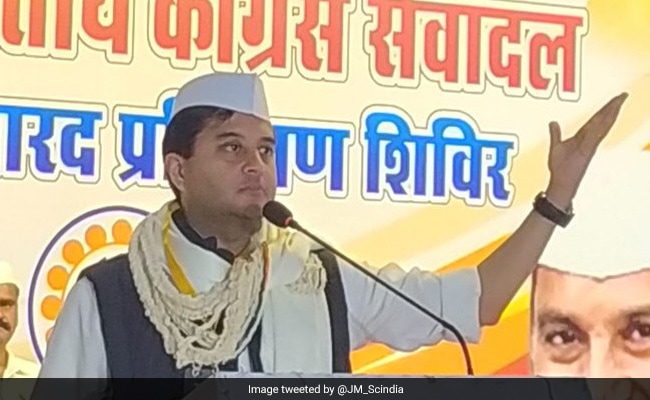 "I congratulate her (Deepika) for standing with the truth. She has set an example of bravery by exercising her freedom of expression. Comments against her are not in line with our country's ethos and should be condemned," Jyotiraditya Scindia told reporters.

Reacting to the accusations of Union Home Minister Amit Shah that Congress was behind the "riots" which erupted across the country against the Citizenship Amendment Act (CAA), Jyotiraditya Scindia said, "I would first like to say that there are no riots happening in the country. It is the common people, especially the youth, exercising their freedom of expression and the responsibility of the government is to listen to the people and work according to it."

Several BJP leaders, including Union Minister Giriraj Singh, had questioned the support extended by Deepika Padukone to the JNU students.

"I would like to ask the celebrities supporting the protest, whether a visit to the JNU was in the interest of the country or to divide the country," Giriraj Singh said on Saturday upon being asked about Deepika Padukone's visit.

On January 7, the actor joined the protest at JNU after a masked mob entered the varsity campus and attacked the students and teachers with sticks and rods on January 5.