Conflict in India is Between Ideas of Secularism and Fundamentalism: Taslima Nasreen 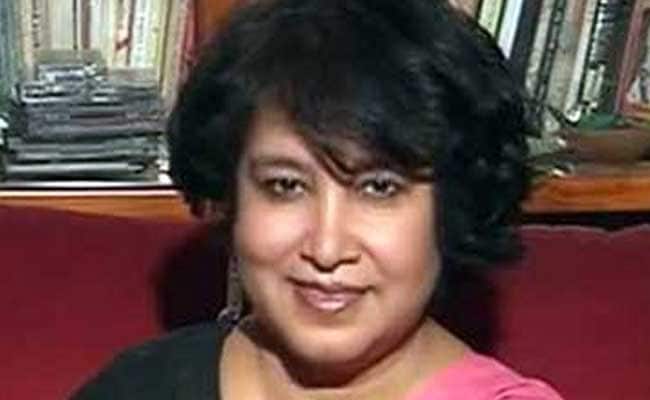 Bengaluru: Bangladeshi author Taslima Nasreen on Sunday said the conflict in India is not between Hinduism and Islam, but between ideas of secularism and fundamentalism.

"To me this conflict is basically between rational logical thinking and irrational blind faith. To me this is a conflict between modernity and anti-modernism, between humanism and barbarism, between innovation and tradition."

Ms Nasreen's recorded video message was played at Bangalore Literature Festival 2015 during a discussion on the topic 'Are we heading towards an intolerant India today?'

People who believe in equality and justice, plurality of thoughts, freedom of expression and love India should make it a better place, Ms Nasreen said.

Stating that intolerance is very much present in societies of the Indian subcontinent, she said it is "not new" here with women being victims of patriarchy, they being subjected to sexual harassment, rape, domestic violence, dowry deaths and sexual slavery.

She said incidents like a rationalist getting murdered and people getting killed for eating beef is not only intolerance, they are heinous crimes against humanity.

She also said she agrees with those who believe that Wahabi-Hinduism is destroying the pluralism of Hinduism. "Some Hindu fundamentalists are trying to be like Muslim fundamentalists," she added.

She said, "I believe no country becomes civilised without criticising the dogmatic practises of its religions; without separating state and religion- no state or society becomes modern."