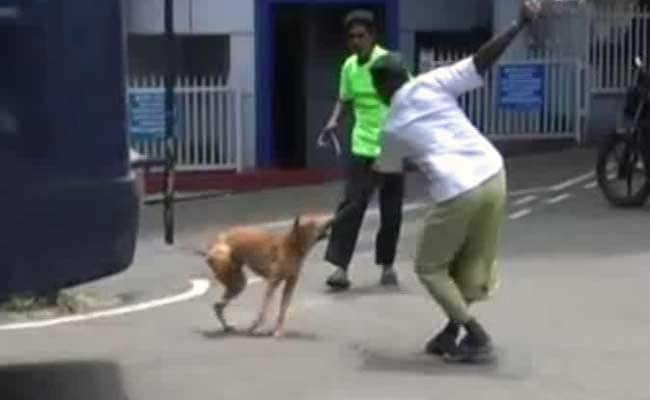 New Delhi: The Supreme Court on Thursday said an impression should not be created that human life has lesser value than that of a dog but stressed that stray dogs can be killed only in accordance with the Animal Birth Control Rules.

"Let not an impression go out that human life is of lesser value than that of dogs. Human life is divine," the bench of Justice Dipak Misra and Justice Amitava Roy observed while restraining vigilante groups in Kerala from propagating and imparting training for killing of dogs.

Noting that even dogs are created by divinity, the bench said that a dog can only be killed in accordance with law as it was told that some individuals have made it their "mission" to kill street dogs.

Senior counsel Anand Grover named some of them and told the court that one of them, Jose Maveli, has been arrested seven times, but as the offence of killing dogs is bailable, the person gets out after paying a fine of Rs 50.

The court asked Maveli to be present in the court on the next date of hearing on March 1, 2017, as Grover told the bench that this man is a petitioner before the apex court in the matter but does not comply with the directions of the court and violates the law with impunity.

Taking note the instance pointed to by Grover and Colin Gonsalves where certain committees, organizations and clubs have been formed to "launch a crusade to kill the stray dogs" and children are being trained how to eliminate the stray dogs, the court said that Justice Sri Jagan Committee "shall enquire into the said aspect".

"The report of the enquiry shall be submitted before us through the counsel of the Committee, Mr Gaurav Agarwal so that proper orders can be passed," it said.

"Needless to say, the state will be under obligation to file criminal cases, if the situation so warrants," the court ordered.

"... we really fail to fathom that when there is a law in place to deal with the stray dogs, how the associations and groups can be formed to train the children to kill the stray dogs or an association which can distribute subsidised airguns for people to kill stray dogs or publicly propagate that there must be war against stray dogs," the court said in its order.

Promoted
Listen to the latest songs, only on JioSaavn.com
"We restrain such organisations to impart training to the children or to distribute subsidised airguns for people to kill stray dogs or to publicly propagate that there is war against the stray dogs or strangulate the stray dogs or for that matter offer prizes or incentives to those who kill the stray dogs. Needless to say, our directions are not exhaustive but illustrative."