Commonwealth Chief Lauds India, Says It Sets Examples For Others To Emulate

The Commonwealth is a diverse community of 53 nations that work together to promote prosperity, democracy and peace. 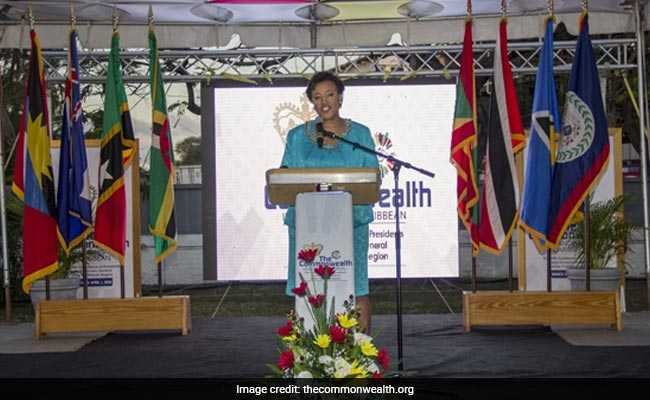 Commonwealth Secretary-General Baroness Patricia Scotland can be seen in this file photo.

London: The Commonwealth chief has lauded India for its "strong commitment" towards the 53-nation grouping, saying it has set an example which the other member countries have emulated.

Prime Minister Narendra Modi will join heads of state from the member-countries at the summit in London and Windsor in April, during which they will get a chance to have "very personal and direct" interactions, Commonwealth Secretary-General Baroness Patricia Scotland said at a pre-summit briefing in London on Wednesday.

"It is a great time for India and it is exciting to see the energised way in which new opportunities are being taken up," she said.

Scotland highlighted India's active role and "great generosity" during the recent Commonwealth education ministers' meeting in Fiji, where it shared with other member-states its Massive Online Open Courses (MOOC) platform for education, innovation and change.

During the law ministers meeting in the Bahamas last year, India shared the sort of instruments being created to get cheaper, better and faster processes.

"Looking at the opportunity, we have launched a small and medium enterprise network in India and we are hoping to have a branch of that in the Pacific," said Scotland, who hailed India as the biggest democracy with 1.1 billion of the 2.4 billion people within the organisation's membership landscape.

CHOGM on April 19 and 20 will be preceded by the Commonwealth Business Forum between April 16-18, which will bring together hundreds of business people and stakeholders from across the 53 Commonwealth countries.

"Participation from Indian businesses to the Commonwealth Business Forum is just staggering in terms of the calibre, range, innovation and dynamism," said Richard Burge, CEO of the Commonwealth Enterprise and Investment Council (CWEIC), who will be leading the trade and business strand of the agenda.

"India is a huge nation, it is bound to have a huge impact with its incredibly diverse economy. It is a really knock-your-socks-off economy and we should be really proud of it as a member and take every advantage that we can," he said.

The theme of CHOGM, being chaired by Britain this year, is "Towards a Common Future" and is focused on building on the strengths of the Commonwealth.

The 2018 summit will mark the launch of a new trade review, which will show that the Commonwealth is likely to miss its target of USD 1 trillion of trade between its members by 2020.

"The growth is slightly slower than we thought it was going to be because the global market has slowed down. We hoped it would be about a trillion by 2020 - the estimate now is it's probably going to be about 700 billion," said Scotland.

However, she said the range of disruptive technologies that were being thrown up held great promise for the "revitalised" relationship right across the Commonwealth.

The Commonwealth is a diverse community of 53 nations that work together to promote prosperity, democracy and peace.