Colonel Panjab Singh was awarded the prestigious Vir Chakra for his bravery in the Battle of Poonch during the 1971 India-Pakistan War, according to Army. 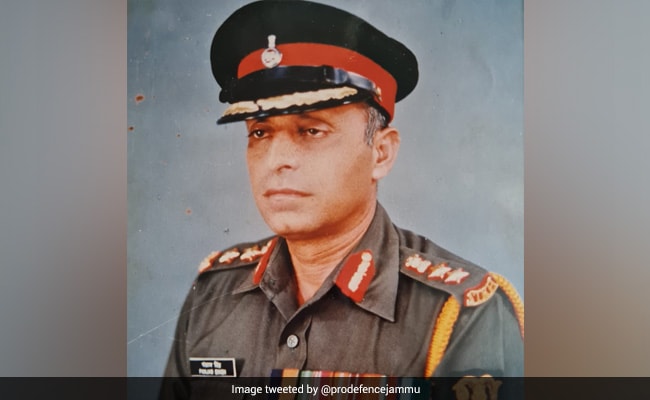 Colonel Panjab Singh was made the director of Sainik Welfare in Himachal Pradesh after his retirement.

Colonel Panjab Singh, a hero of the Battle of Poonch during the 1971 India-Pak war, died at a military hospital in Chandimandir on Monday due to post-Covid complications. He was 79

The Army said Colonel Singh, a Vir Chakra awardee, died at the Command hospital in Chandimandir in Haryana. His elder son Anil Kumar had also died due to COVID-19 on May 21.

"Recently, Col Panjab Singh, had successfully recovered from COVID-19 but due to some medical complications post-COVID, left for heavenly abode," the Army said in a statement.

In the 1971 war, during "Operation Cactus Lilly", the sixth Sikh occupied 13 km of the area along the heights above Poonch covering two strategic points, the loss of which would have directly threatened Poonch, the Army said in a statement.

Col Panjab Singh, then a Major, was commanding a company deployed at Tund which had been actually limited to a platoon with the company headquarter, it said.

It said the enemy attacked the position with more than a battalion on December 3, 1971, supported by artillery and mortar fire.

The fierce soldiers of the sixth Sikh under the command of Col Singh fought classical defensive battle for the next 72 hours.

"Col Singh with complete disregard for his safety moved from trench to trench and ensured that all weapons under his command engaged the assaulting force till the attacking force retreated leaving behind their dead and weapons," the Army said.

It said the enemy attacked the position nine times over two nights which were similarly foiled.

For this brave act, he was awarded the prestigious Vir Chakra, the third highest war-time gallantry award, on December 24, 1971.

Post-retirement, Col Panjab Singh was the director of Sainik Welfare in Himachal Pradesh.