Jitendra Singh interacted with the top twenty rankers and congratulated them for cracking the prestigious exam. 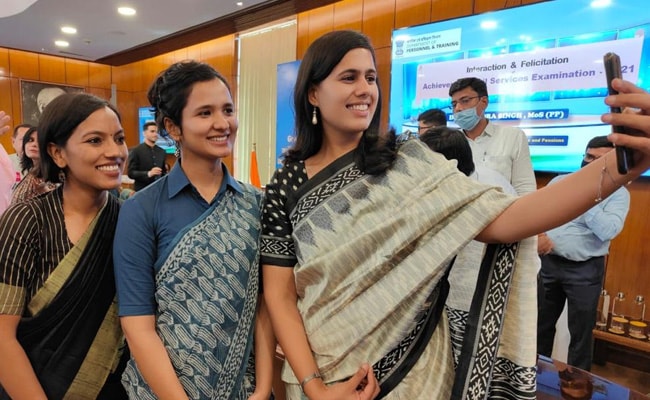 The top three rankers also had the photographs clicked with the Union Minister.

The top 20 candidates who have cleared the civil services examination 2021 were felicitated by Union Minister Jitendra Singh in Delhi on Tuesday.

Mr Singh interacted with the top 20 rankers and congratulated them for cracking the prestigious exam.

"Onus will be on them to become active partners in realising Prime Minister Narendra Modi's vision of a 'New India' that leads the rest of the world," he said.

Shruti Sharma, Ankita Agarwal and Gamini Singla, who have secured the first, second and third rank respectively in the exams, were spotted clicking selfies at the event. 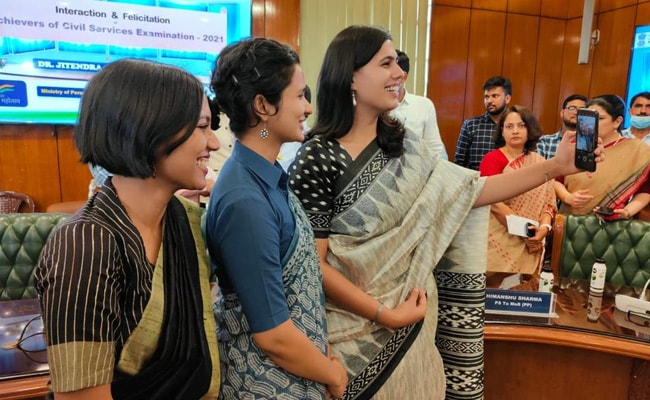 They also had pictures clicked with the Union Minister.

As many as 685 candidates cleared the civil services exams 2021, results for which were declared by the Union Public Service Commission (UPSC) last month. 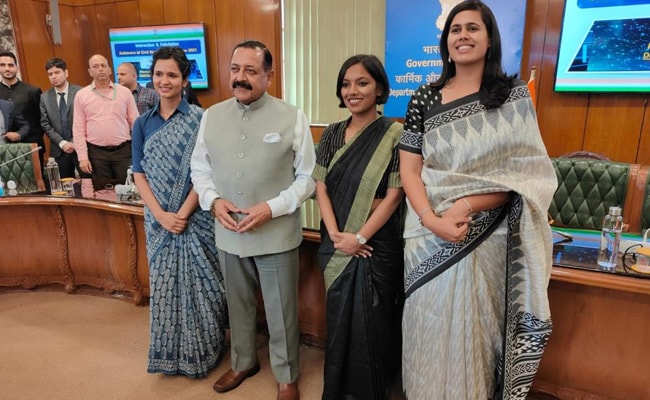 The civil services examination is conducted annually by the UPSC in three stages - preliminary, main and interview - to select officers of the Indian Administrative Service (IAS), Indian Foreign Service (IFS) and the Indian Police Service (IPS) among others.

The written or main part of the examination was conducted in January, 2022, and the interviews were held in April and May this year.