Questions Raised Over Charges Against PFI Group For Guwahati Violence

The surprise element has been the arrest of two Assam leaders of the PFI. Many believe that the PFI is an offshoot of the banned Students Islamic Movement of India or SIMI. 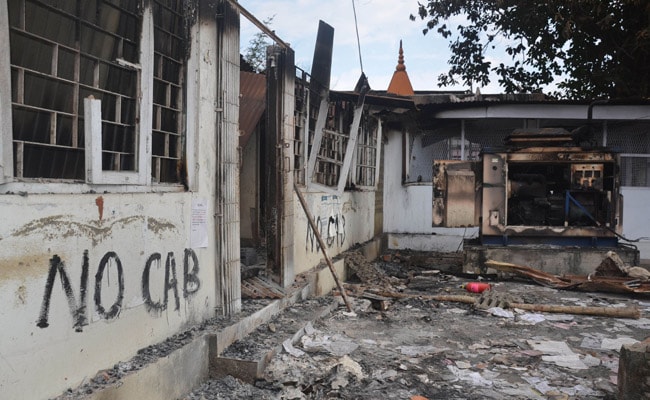 The BJP government in Assam has claimed that last week's violent protests in Guwahati were a conspiracy not by the groups who had originally planned demonstrations against the Citizenship (Amendment) Act but a nexus of "urban Naxals", a few people from the Congress and the lesser known Popular Front of India or the PFI, an Islamic group having strong support base in Southern India but a new entrant in the north-eastern state.

"We are getting evidence that the PFI as well as certain activists of Congress party are clearly involved in the violence. We have also recovered certain electronic evidences which clearly show that Janata Bhawan or the state secretariat attack was controlled from a different location," Assam cabinet minister Himanta Biswa Sarma had told reporters on Tuesday.

This government claims have opened a Pandora's Box, raising questions like how the PFI could set a base so quickly in Assam and why are they being blamed of Guwahati violence along with Activist Akhil Gogoi  who is now in custody of the National Investigating Agency or NIA. At least 5 people were killed, dozens including policemen were injured and public property worth lakhs damaged in vandalism following the protests.

Mr Gogoi, the most radical voice of opposition to the BJP in Assam has been booked in this case under the tough Unlawful Activities (Prevention) Act or UAPA - an anti-terror law and sent to 10-day custody of the NIA.

But the surprise element has been the arrest of two Assam leaders of the PFI. Many believe that the PFI is an offshoot of the banned Students Islamic Movement of India or SIMI.

After spending two days in police custody,  PFI Assam unit president Aminul Haque and press secretary Muzamil Haque were sent to jail by a local court today. They have been accused of unlawful assembly, rioting, disobedience, assault and criminal intimidation.

A senior Assam police official confirmed to NDTV that they have seized a laptop, desktop computer, several files documents and sticks from the PFI office. He further claimed that the police have "clinching evidence" how PFI has allegedly mobilised its cadres from remote areas of Bengali Muslim-dominated areas of lower Assam before the Citizenship Bill was tabled in parliament and later on December 11 and 12, during the violence in Guwahati, had put its people among protesters to allegedly carry out vandalism.

"All the allegations are false, we are being framed. If government has proof against us, we challenge them. Let them put up even one evidence in public domain, maybe video footage that shows anyone of our members indulging in violence," Abu Sama Ahmed, the state vice president of PFI told NDTV.

Till these arrests, the PFI and their leaders were not well-known in Assam.  The Islamist organisation founded in 2006, which has a huge base in Kerala and Karnataka, has been active in Assam since 2014 when Prime Minister Narendra Modi came to power for the first time. They say that they work in remote areas, helping poor Muslims with education, healthcare and capacity building.

Now PFI, which is seen as organised and disciplined as the Rashtriya Swayamsevak Sangh or RSS, BJP's ideological mentor, has over 20,000 workers in 20 of Assam's 33 districts.

"So far there is not a single incident of PFI indulging in any unlawful activities in Assam. We are keen to see what evidence the government will present in court. They (PFI) are working in areas populated by Bengali Muslims where the government and even civil society groups have not been able to reach. PFI has covered these areas," noted author and journalist Rajeev Bhattacharyya, who has studied the growth of PFI in Assam told NDTV.

It was from a third floor office in Hatigaon locality of Guwahati that the two leaders of PFI were picked up by police. Local residents in the area said until the police action, they never found anything suspicious about the organisation or its leaders.