The young woman, a law student at one of many college run by Chinmayanand, has accused him of raping her repeatedly over a 12-month period after blackmailing her with videos of her bathing 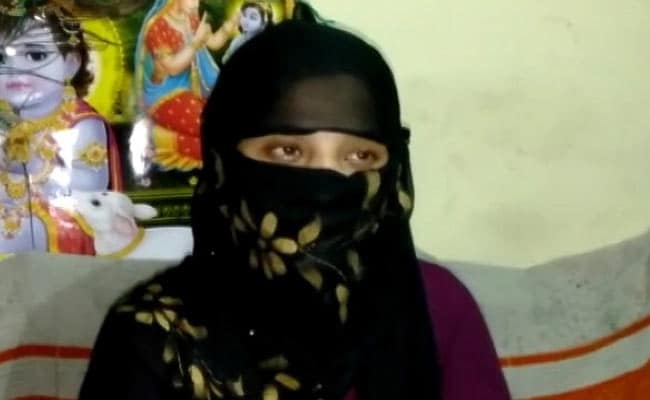 The UP college student who has accused BJP leader Chinmayanand of rape has claimed evidence was removed from the bedroom of the former Union Minister's ashram in Shahjahanpur district, where the alleged incident took place, before the SIT reached the scene on Friday. A report by news agency PTI quoted the woman as saying "important evidence has been removed". According to the report the SIT recovered other forensic evidence, including a towel and soap and was given a second pen drive, which reportedly contains more video evidence in support of the 23-year-old's allegations.

"The paint and other things have been changed and it now has a new look. Important evidence has been removed from there but two oil bowls, used during massage," the woman was quoted as saying by PTI. She had earlier alleged she had been forced to give Chinmayanand massages and had often been brought to him at gunpoint.

The young woman, a law student at one of several colleges run by Chinmayanand, has accused him of raping her repeatedly over a 12-month period after blackmailing her with videos of her bathing. Last month she went missing for a week because she feared for her life, amid further allegations of threats from the UP police and the district administration.

She was traced to Rajasthan and brought before the Supreme Court, where she told judges she ran because she feared for her life and those of her family members. The top court ordered a Special Investigation Team (SIT), which began work on September 3.

The SIT, which initially seemed reluctant to take on the powerful politician, questioned Chinmayanand for more than seven hours, starting 6.20 pm on Thursday. A minister in the Atal Bihari Vajpayee government, he was asked about allegations he had filmed the woman bathing and used the video to blackmail and rape her.

According to the PTI report, that video was not found in the search of Chinmayanand's bedroom, with the woman claiming it could instead have been shifted to his ashram in Haridwar.

"We are fully cooperating with the investigation and we may have to appear again," said Chinmayanand's lawyer, whose client has expressed "full faith in the judiciary" and claimed the allegations are part of a political conspiracy designed to bring him down.

Earlier this week the SIT was given a pen drive by the woman's friends that reportedly has "explosive video evidence" to support her allegations. The woman reportedly filmed Chinmayanand with a camera on her spectacles to get proof of the rapes.

Last week the woman filed a 12-page document with Delhi Police, declaring she had lost faith in their UP counterpart's ability to protect her and deliver justice. Delhi Police have handed over the complaint to the SIT.

The case came to public notice on August 24, a day after the woman posted a video accusing Chinmayanand of sexual harassment and calling on Uttar Pradesh Chief Minister Yogi Adityanath and Prime Minister Narendra Modi for help.

"He raped me, sexually exploited me. A girl raped for a year is questioned for 11 hours," the woman said on Monday.