The BMP at BumLa was apparently at the initiative of PLA. But it came a day after China's official news agency, Xinhua, reported President Xi Jinping's letter to a family in the remote village of Yumai in Lhunze county. 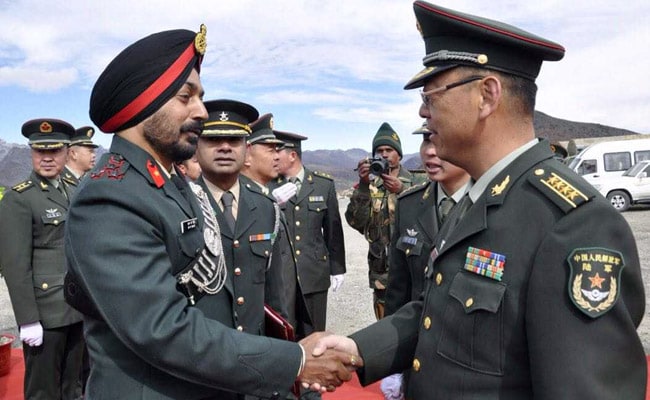 Kolkata: Two months after the disengagement at Doklam on Sikkim's border, officers of the Indian Army and the People's Liberation Army of China met at BumLa in Arunachal Pradesh for a BMP or Border Personnel Meeting for an exchange of good wishes and a recommitment to maintain peace.

But signals from China are mixed. On Saturday, Chinese President Xi Jinping wrote to villagers on China's border with Arunachal Pradesh thanking them for safeguarding the motherland even as news reports suggest Mr Jinping will send his foreign minister Wang Yi to India in December.

The BMP at BumLa was apparently at the initiative of PLA. But it came a day after China's official news agency, Xinhua, reported President Jinping's letter to a family in the remote village of Yumai in Lhunze county.

"For every blade of grass and tree on the motherland's border, we will safeguard it well," Xinhua quoted Mr Jinping's letter as saying. "Without peace in the territory, there will be no peace for millions of families," it added.

There was no mention of all that, of course, at the meeting at BumLa on Monday at  15,134 feet  above sea level 42 km north of Tawang.

Promoted
Listen to the latest songs, only on JioSaavn.com
The Indian team was led by Brigadier MP Singh and the PLA team by Senior Colonel Liu Jiang Xun. National flags were hoisted, anthems sung, welcome addresses delivered in what the Indian Army said was a "free, congenial and cordial environment."

These BMPs - and Bumla is a designated BMP venue - are aimed at fostering "feelings of friendship and renewed commitment towards enhancing cordial relations and maintaining peace along Line of Actual Control," the Army said.