The Congress CM claimed the CAA and the NRC were "ill-conceived" and aimed at achieving the goal of "Hindutva, as championed by the BJP". 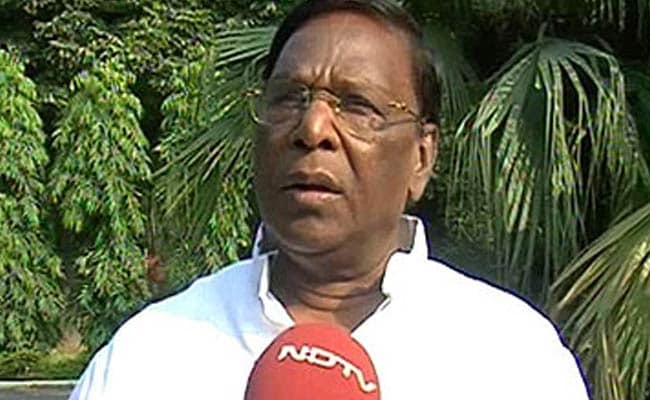 Puducherry Chief Minister V Narayanasamy Thursday claimed the Citizenship (Amendment) Act "ignores" Muslims and that he will not implement the newly enacted law, as well as the NRC, in the Union Territory "come what may".

The Congress CM claimed the CAA and the NRC were "ill-conceived" and aimed at achieving the goal of "Hindutva, as championed by the BJP".

He said Congress-ruled state governments have decided to not implement the CAA and the National Register of Citizens (NRC) and "I will also do so in Puducherry".

As per the CAA, members of Hindu, Sikh, Buddhist, Jain, Parsi and Christian communities who fled religious persecution in Pakistan, Bangladesh and Afghanistan, and have arrived in India before December 31, 2014, will be provided Indian citizenship.

"Even Tamils from Sri Lanka residing in India as refugees were persecuted in the Island country. Why you have left them out? Similar is the case with the Rohingyas," he told PTI over phone.

He alleged that the CAA "ignores" Indian Muslims.

"It cannot be done in a partisan way. You have to include people of all the religions. You can't do it selectively for the people of some religions. Come what may, I will not implement CAA and NRC in Puducherry," he said.