Vikram Sarabhai was an award-winning physicist, industrialist, and innovator who established ISRO. Chandrayaan 2's Vikram Lander has been named after him. 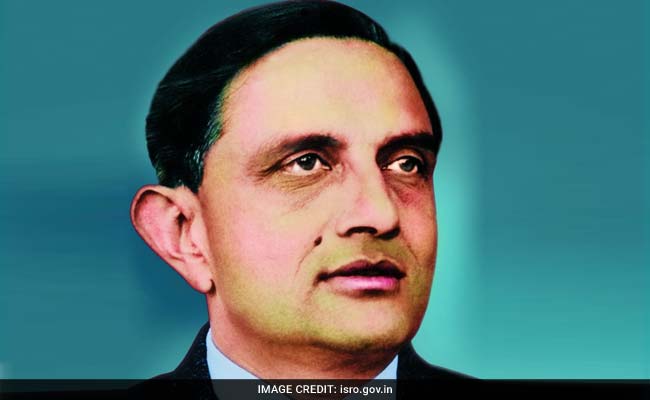 In India's second mission to the moon, Chandrayaan 2, Indian Space Research Organisation (ISRO) lost communication with the Vikram Lander last night when it was about to touch down on the moon's surface. The nation stood united after the Chandrayaan 2 heartbreak and encouraging messages poured in for the space agency and its scientists. Vikram Sarabhai, the founder of ISRO, after whose name Chandrayaan 2's "Vikram lander" was named, was also remembered.

On Vikram Sarabhai's 100th birth anniversary last month Prime Minister Narendra Modi had said that landing of  Chandrayaan's Vikram Lander would be a befitting tribute to Dr Sarabhai from 130 crore citizens of India.

Considered the Father of the Indian space program, Vikram Sarabhai was an award-winning physicist, industrialist, and innovator. Earlier called the Indian National Committee for Space Research, ISRO was established in 1962 by him.

Born in Ahmedabad in 1919 on this day, Vikram Sarabhai attended Gujarat College before earning his doctorate from Cambridge University.

After returning to India, he founded the Physical Research Laboratory (PRL) in Ahmedabad on November 11, 1947 when he was 28-years-old.

Vikram Sarabhai successfully convinced the Indian government of the importance of a space programme after the Russian Sputnik launch.

Vikram Sarabhai's dialogue with NASA in 1966 helped the launch of the Satellite Instructional Television Experiment (SITE) during July 1975 - July 1976 years after his death in 1971.

He also started a project for the fabrication and launch of an Indian Satellite. As a result, the first Indian satellite, Aryabhata, was put in orbit in 1975 from a Russian Cosmodrome.

He was also the Chairman of the Atomic Energy Commission. Vikram Sarabhai along with other Ahmedabad-based industrialists played a major role in the creation of the Indian Institute of Management, Ahmedabad.

Big Change On Air Fare Rules: How This Could Impact Prices