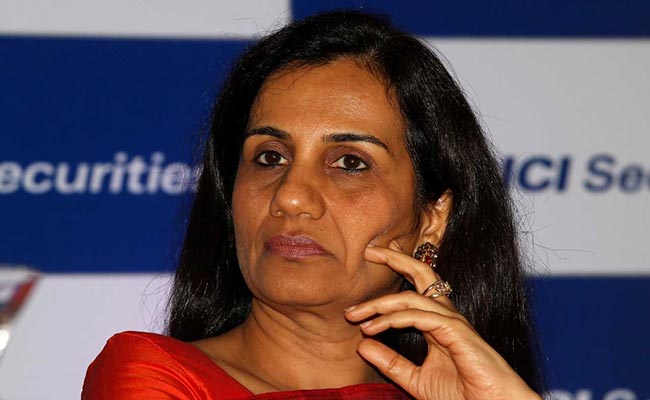 ICICI Bank has filed a petition in the Bombay High Court seeking recovery of bonuses given to former Managing Director and CEO Chanda Kochhar, who had been sacked last year months after she stepped down from the posts, news agency PTI reported.

Ms Kochhar had challenged the "termination" of her employment by the country's second largest private bank, which had blocked her remuneration over allegations that she had granted "out-of-turn" loans worth Rs 1,875 crore to Videocon Group, providing benefits to her husband Deepak Kochhar.

The CBI, which is probing the case, has alleged that Videocon's Venugopal Dhoot invested in NuPower through another company - Supreme Energy - in a quid pro quo deal via loans cleared by ICICI after Ms Kochhar took over as CEO in May 2009.

"ICICI has filed a suit seeking recovery of amounts towards the claw back of bonuses given to the petitioner (Ms Kochhar) from April 2006 to March 2018 pursuant to the termination of the petitioner's services," the bank said in an affidavit to the court.

Under the claw back provision, incentive-based pay is taken back from an employee over misconduct or declining profits.

"On December 8, 2016, Kochhar executed a claw back agreement with the bank pursuant to which ICICI is entitled to a return of the previously paid variable pay or deferred variable pay from the petitioner in the event of a determination of a gross negligence or an integrity breach by Kochhar.

"The petitioner's conduct has caused substantial embarrassment to the bank and all the stake-holders, and has led to irreparable reputational loss to the bank," it said, adding she had violated the bank's code of conduct and ethics.

"The petitioner (Kochhar) deliberately committed violation with a malafide intent to obtain illegal benefits," it added.

The Enforcement Directorate had also registered a criminal case under the Prevention of Money Laundering Act (PMLA) early last year against Chanda Kochhar, her husband and Venugopal Dhoot to probe alleged irregularities and corrupt practices in the sanctioning of Rs 1,875 crore in loans by ICICI Bank.

The agency last week temporarily attached Rs 78 crore worth of properties belonging to Ms Kochhar as part of its investigation. The provisionally attached properties include her Mumbai apartment and those belonging to a company owned by her husband, Deepak Kochhar.