"Our four tankers with Haryana number plates have been seized by Rajasthan" oxygen supplier INOX told the High Court. The Rajasthan government has responded that they were short of tankers. 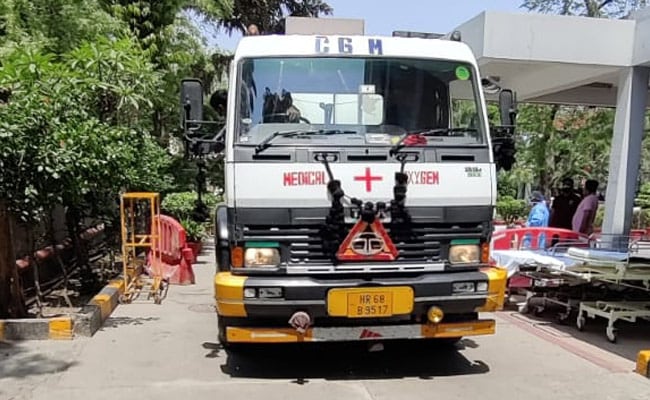 The Centre has spoken to Rajasthan officials asking that the tankers be released.

The Centre has promised exemplary action against Rajasthan, where, according to oxygen supplier INOX, four of their tankers were seized. The Central government should appoint a nodal officer whom suppliers can approach in such cases, the Delhi High Court said today as states fought for their share of oxygen amid a savage second wave of Covid.

"Consequences will follow on Rajasthan seizing tankers. Action will be taken. This will be an example for other states," said the Centre, which has been repeatedly pulled up by the court last week over its inaction despite reports of oxygen tankers being blocked or diverted while on way to their destination.

"Whichever government stops you, let us know. We will file a criminal case. The Home Minister has said no one should touch a tanker and a green corridor should be provided," the Centre said, assuring that yesterday, a GPS tagging system was also rolled out which would help the government track the tankers.

At a meeting with the Chief Ministers of the 11 worst Covid-hit states last week, Prime Minister Narendra Modi also asked states to ensure that tankers carrying oxygen to other states not be stopped or delayed.

The High Court has said if anyone is found obstructing oxygen supply, "we will hang that man".

Today, INOX told the court, "Our four tankers with Haryana number plates have been seized by Rajasthan". This was the reason why they could not send those tankers for transporting oxygen from Air Liquide and Linde for Delhi, said INOX, which has been put in charge of transporting part of the oxygen supply to Delhi from other firms.

The Rajasthan government has responded that they were short of tankers and that's why they were forced to take such action, the Centre later told the court. The Union Home Secretary has spoken to the Rajasthan Chief Secretary, asking that the tankers be released, the Centre said.

Not just production, the transportation of oxygen has become a huge challenge as fresh cases of Covid multiplied across the country since the beginning of April.

With no medication for the coronavirus available, critical Covid patients cannot breathe unless pure oxygen in high pressure is administered. Over the last weeks, hospitals found themselves buckling under pressure as beds fell short and patients in ambulances and wheel-chairs queued up at the door.

The Delhi government agreed that the issue now is not the oxygen but its transportation.