Mamata Banerjee announced a new slogan at the meeting - 'Ami Noi Amra' (Not me, we) - and asserted that those TMC workers who work to fulfill their own interests should "stay at home". 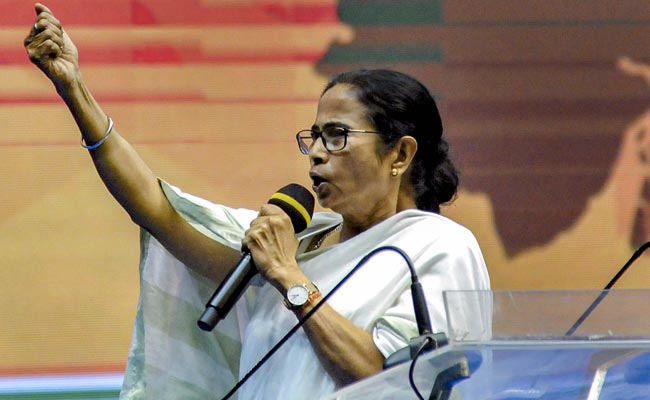 Mamata Banerjee said the Centre was not releasing funds to state under MGNREGA. (File)

Hitting out at the Centre over hike in domestic gas and fuel prices, West Bengal Chief Minister Mamata Banerjee today  accused the BJP-led government of "looting" the common people.

She also accused the central government of engineering communal disturbances to divert people's attention from issues affecting them such as price rise.

"The Centre is looting the common people by hiking prices of domestic gas, petrol and diesel...It's an anti-people government. They have earned over Rs 17 lakh crore by raising fuel and gas prices," Ms Banerjee claimed at a Trinamool Congress programme at Medinipur College grounds here.

She maintained that the Centre was not releasing funds to Bengal under the MGNREGA and PM Awas Yojana (PMAY), as a result of which the state government was unable to make payments to the beneficiaries.

"Organise demonstrations in every block demanding the release of the funds by the Union government," the TMC boss told party workers.

Ms Banerjee also announced a new slogan at the meeting - 'Ami Noi Amra' (Not me, we) - and asserted that those TMC workers who work to fulfill their own interests should "stay at home" and are not welcome in the party.

"Work for the people and stand beside them," Ms Banerjee, who is on a tour of the western district, added.