Have Military Option To Deal With China If Talks Fail: General Rawat

General Bipin Rawat said the military option to deal with transgressions by the Chinese Army in Ladakh is on, but it will be exercised only if talks at the military and the diplomatic level fail 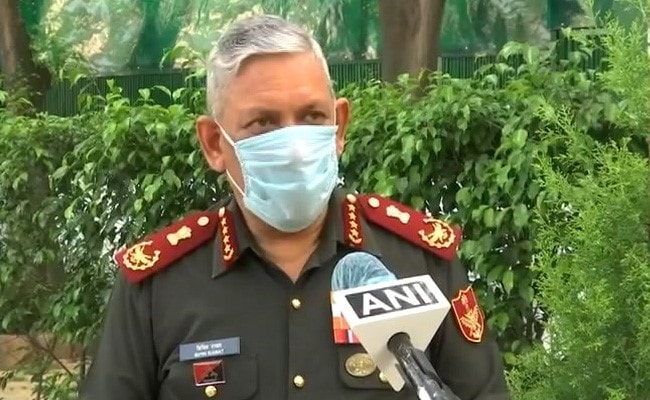 Chief of Defence Staff General Bipin Rawat said today that India has "military options" to deal with China regarding the incursions in Ladakh if the military and diplomatic level talks do not produce the desired results. The stalemate in part of Ladakh, where the Chinese army set up camp earlier this year, has not been resolved despite five rounds of talks between the military of both nations.

"The military option to deal with transgressions by the Chinese Army in Ladakh is on, but it will be exercised only if talks at the military and the diplomatic level fail," General Rawat was quoted as saying by news agency ANI.

He, however, refused to discuss in detail the military options that India could exercise to push back the Chinese troops, reported ANI.

The stand-off between India and China which started in April-May had led to clashes and on June 15, 20 Indian soldiers were killed in action at Galwan Valley. The Indian Army also inflicted heavy casualties on Chinese soldiers in what turned out to be the worst clash between the troops of the two nations in more than five decades along the Line of Actual Control.

The two nations had agreed on disengagement since but the withdrawal of troops is still not complete.

Chinese soldiers continue to occupy positions in depth on slopes along Finger 5 and on slopes extending towards Finger 8, satellite pictures showed. India believes the Line of Actual Control lies at Finger 8, near Fort Khurnak, a historic site in the area.

China believes that the LAC lies at Finger 4 and prevented Indian soldiers from patrolling beyond the point since April after violent clashes at the spot left dozens of Indian soldiers seriously injured.

India is keen to ensure substantive Chinese disengagement from the Fingers region.

The last Lieutenant-General level talks were held on August 2. Its focus was to finalise a framework for total disengagement from friction points and timely withdrawal of forces and weapons, army sources had said.