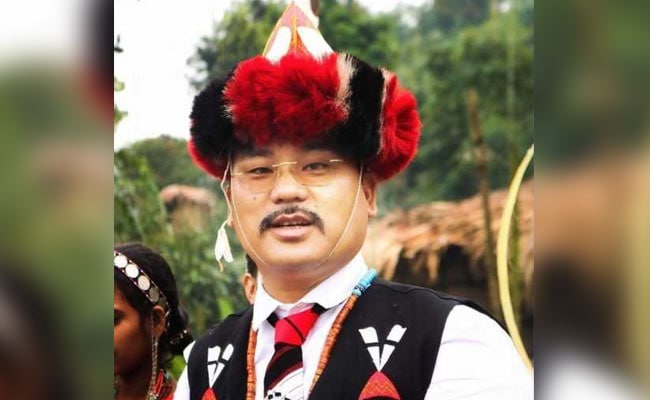 The National Investigation Agency has raised the reward against the five cadres of the Isak Muivah faction of National Socialist Council of Nagaland (NSCN-IM), involved in the killing of Arunachal Pradesh legislator for Khonsa, Tirong Aboh, and 10 others in May 2019 from Rs 2-3 lakh to Rs 7-10 lakh.

The NIA had last year announced Rs 3 lakh each for information on self-styled Lieutenant Colonel Apem, Major General Absolon Tankhul and Captain Victor Tankhul of NSCN-IM and Rs 2 lakh each on James Kiwang and Rabi Wangno along with their pictures.

On Wednesday, the investigating agency released their pictures along with their last known addresses and raised the cash reward on information leading to their arrest to Rs 7-10 lakh.

National People's Party legislator Aboh and 10 others were killed when their convoy was ambushed near Pansum Thong village. They were on their way from Assam's Dibrugarh to Khonsa.

Aboh was killed ahead of the announcement of assembly election results. He was declared the winner and his widow, Chakat Aboh, won his seat in September as an Independent candidate in a by-election.

Last year, the NIA had arrested one of the prime accused Ellie Ketok, a self-styled sergeant major and area commander of Tirap area for the outfit who was among those who fired upon MLA Aboh and the others from Dimapur in Nagaland.

The NIA investigation also revealed that Kishan had paid the NSCN-IM cadrs to execute the murder.