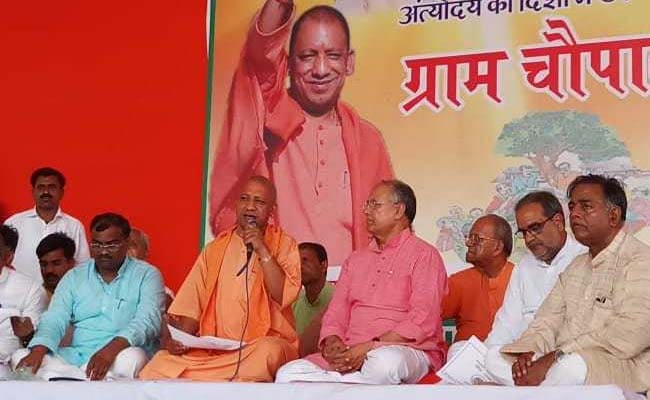 Lucknow: Two top Indian Administrative Service or IAS officers have been suspended in one go in Uttar Pradesh, in a most unusual move by Chief Minister Yogi Adityanath just days after the ruling BJP lost by-elections in the state.

Press notes issued by the government's information department said the Fatehpur district magistrate was being suspended because of grave irregularities in the purchase of wheat grain from farmers.

The Gonda district magistrate has been accused of irregularities in the distribution of grain to the poor under the Public Distribution system.

The UP government has not detailed specific charges against the officers.

Since the by-poll losses in western UP last month, Yogi Adityanath has confronted open criticism by legislators of his party, the BJP.

Shyam Prakash, a BJP lawmaker from the Hardoi district, had derided Yogi Adityanath in a poem posted on Facebook, in which he implied that the priest-politician came to power riding on Prime Minister Narendra Modi's appeal but frittered away the massive public mandate in UP last year.

"It is my opinion. Corruption is on the rise and that is the only reason...People are working with their own mind. The Chief Minister should work harder and look into this. They must, otherwise it won't work," Shyam Prakash had said.

Promoted
Listen to the latest songs, only on JioSaavn.com
Another BJP legislator, Surendra Singh, has blamed ministers in the Yogi Adityanath government for the defeats. He had said if certain ministers were not removed from the state cabinet, the ruling party was bound to crash in UP. The BJP government has not been able to give a transparent government," the lawmaker had said in a remark that embarrassed the party.

After losing a string of by-polls, including in his own base Gorakhpur, Chief Minister Adityanath has been touring various districts of the state and holding review meetings with officials.