From Briefcase To Bahi-Khata To Tablet: Budget Over The Years

Budget 2021: Nirmala Sitharaman had famously replaced the standard Budget briefcase of finance ministers with the traditional red "Bahi-Khata" or cloth ledger in 2019 and she had stayed with it last year. 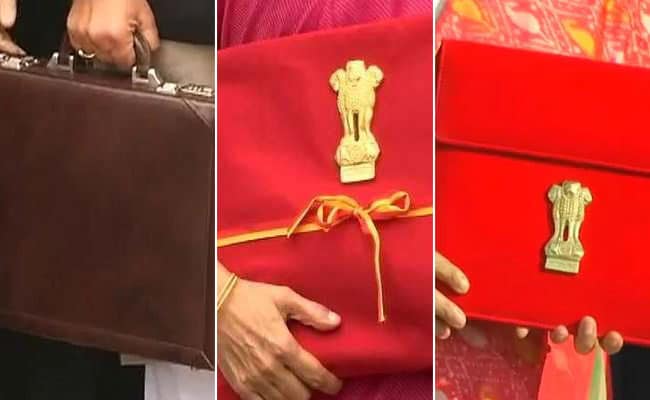 Budget 2021: For decades, finance ministers had carried briefcases that were red, black, tan or brown.

Finance Minister Nirmala Sitharaman read out Budget 2021, paperless for the first time, from a tablet today, a first for any government. This morning, she was seen carrying the tablet in a red sleeve, matching her cream and red silk sari, with the national emblem embossed on it.

Reports said the tablet was a "Made in India" device.

Nirmala Sitharaman had famously replaced the standard Budget briefcase of finance ministers with the traditional red "Bahi-Khata" or cloth ledger in 2019 and she had stayed with it last year.

She said it was "high time" to shed the "British hangover". Besides, it was easier to carry, she had confessed.

The paperless Budget, presented amid restrictions because of Covid, is also seen to be a push for Prime Minister Narendra Modi's "Digital India" mission.

Unlike earlier occasions, the minister stood in the second row of the government benches as she read out the Budget. During the 110-minute long speech, she paused a few times to sip water and a plate with candies were kept near the lectern.

MPs were provided soft copies of the speech and documents. The "Union Budget Mobile App" was launched recently to enable MPs and people to access Budget documents easily.

For decades, India's finance ministers had always carried briefcases that were red, black, tan or brown, which is a British tradition.

Ms Sitharaman presented her government's plan at a time the country faces challenges ranging from a once-in-a-century pandemic, job losses and a farmer protest.

She said her Budget aimed at boosting infrastructure and structural reforms for growth. It also seeks to double health spending.