The Indian Institute of Mechanical and Electrical Engineering will be shifted from Jamalpur in Bihar to UP capital Lucknow, the Railways Ministry decided recently. 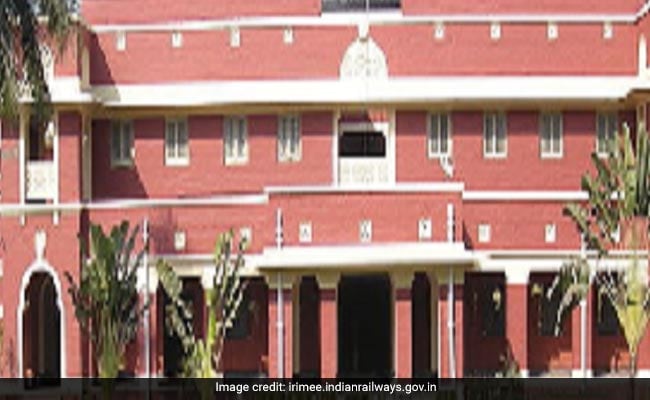 In Nitish Kumar's daily niggles with ally BJP, a new point of conflict has emerged. The Bihar Chief Minister has shot off a furious letter to the centre on a decision to shift an iconic British-era institute from his state to Uttar Pradesh.

The Indian Institute of Mechanical and Electrical Engineering will be shifted from Jamalpur in Bihar to UP capital Lucknow, the letter says, and Union Railways Minister Piyush Goyal to intervene in the "regressive move".

Nitish Kumar's Deputy Sushil Kumar Modi of the BJP, however, denied it, claiming the institute would be "developed" as a campus of the railway university in Baroda, Gujarat.

It is totally false that Indian Railway Inst Jamalpur is being shifted to Lucknow.I talked to @PiyushGoyal & he said that he has received letter from @NitishKumar.Instead GOI will develop it as a campus of Rly University Baroda.

Mr Kumar's letter, sent on May 1, said the 132-year-old institute represents the rich legacy of the railways as well as Bihar.

As Union Railways Minister, Mr Kumar had focused a lot on refurbishing the institute, which trains those who qualify as engineers in the civil services.

The letter and the brewing dispute was confirmed in a series of tweets by Bihar minister Sanjay Jha, considered close to the Chief Minister and someone who played a big role in Mr Kumar's decision to reembrace the BJP in 2017 after dumping Lalu Yadav.

Mr Jha tagged the Prime Minister's Office and Piyush Goyal in his tweets, conveying Mr Kumar's view that the move is unacceptable and in a way that is non-negotiable.

"IRIMEE represents rich legacy of Railways and Bihar. Its great historical linkage with Bihar needs to be strengthened and not severed," he said.

Mr Jha called it the oldest central training institute and the pride of Bihar. "Established in 1888, IRIMEE #Jamalpur has been most coveted center for training to Indian Railway's top brains since 1927," the minister tweeted.

Many in Mr Kumar's Janata Dal United say this controversy was avoidable at this time, when the nation is fighting coronavirus. With the allies facing elections in Bihar due later this year, it is bad timing in many other ways.

It serves as a reminder to Mr Kumar of his hard time with the BJP before he revived the alliance. He had asked the centre to upgrade the institute to a university in 2015 but that never happened. In 2017, Prime Minister Narendra Modi had also openly rejected Bihar's demand for Patna University to be designated a national institution.