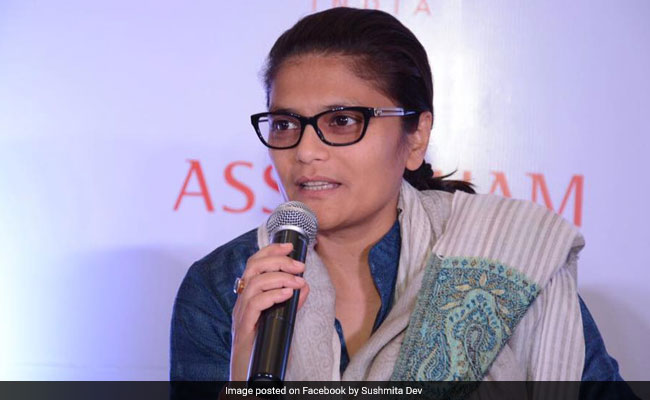 Problems related to AFSPA should be resolved through dialogue, Sushmita Dev said (File)

The killing of 14 civilians by security forces in Nagaland's Mon district has put a question mark over the controversial Armed Forces Special Powers Act (AFSPA) and proved that Union Home Minister Amit Shah has failed to perform his duty of providing security to the citizens of the country, the Trinamool Congress (TMC) said today.

Senior TMC leader Sushmita Dev referred to the Centre's decision to increase the Border Security Force's jurisdiction and said the killings in Nagaland in the botched anti-insurgency operation proved how things can "go wrong" if the Centre intervenes in the state's jurisdiction.

"The Nagaland incident proves how things go wrong if you interfere in the state's jurisdiction," she said.

Hitting out at the Centre, the Trinamool MP alleged Amit Shah has "completely failed to provide security to the citizens of this country" and demanded that he immediately convenes a meeting of chief ministers of the northeastern states.

"It is imperative that the Centre set up a committee to see if AFSPA is working in this country or not. The killing of civilians in Nagaland by security forces has put a question mark over the Act. We demand that Amit Shah Ji immediately convene a meeting of all the chief ministers of the northeastern states and discuss the issue of AFSPA.

"The problems related to AFSPA should be resolved through dialogue and not through domination and interference in the jurisdiction of the states," Ms Dev said at a press conference in Kolkata.

Trinamool Congress earlier today said that it will not send its delegation as announced on Sunday to Nagaland's Mon district due to the prohibitory orders in force in the area.

Announcing the party's decision to call off the visit for now, Ms Dev said, "We came to know at the last moment that prohibitory orders have been clamped in the area. So, we have decided to call off our visit to Mon. We will visit the area once the prohibitory orders are withdrawn. TMC stands by the families of those killed in the firing."

Party chief and West Bengal Chief Minister Mamata Banerjee has demanded a thorough investigation into the killings by the security forces on Saturday.