PM Modi will flag off the train after inaugurating the Bogibeel bridge on December 25.

Bhaskar Gogoi was 18 when then Prime Minister Atal Bihari Vajpayee inaugurated the construction work for the Bogibeel bridge in 2002. Its foundation stone was laid by former Prime Minister HD Deve Gowda in 1997.

Sixteen years after work on the bridge started, Mr Gogoi has come to the site to see the completed bridge. Spanning 4.94 km in length, the Bogibeel bridge, India's longest railroad bridge, will be thrown open for traffic by Prime Minister Narendra Modi on Tuesday. He will also flag off Tinsukia-Naharlagun Intercity Express, which will run five days a week.

The 14-coach chair-car train will depart from Tinsukia in the afternoon and leave from Naharlagun the next morning," Northeast Frontier Railway spokesperson Nripen Bhattacharya said.

"I was in school when late prime minister Atal Bihari Vajyapee came here to inaugurate the construction work. Over the years this bridge has been our dream, it is an outcome of several protests, struggle and is a major boost to this part of northeast" Mr Gogoi told NDTV.

For 21 years, residents of Assam and Arunachal Pradesh have been waiting for the completion of the double decker rail and road bridge, on the Bramhaputra river, which would will cut down the train-travel time between Tinsukia in Assam to Naharlagun town of Arunachal Pradesh by more than 10 hours. 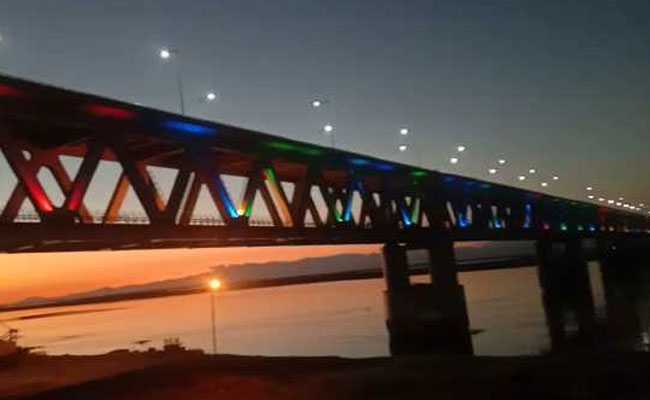 The 4.9-km Bogibeel bridge will cut down the train-travel time between Tinsukia in Assam to Naharlagun town of Arunachal Pradesh by more than 10 hours.

Hailed as an engineering marvel, the Bogibeel bridge is also a key infrastructure for the defence of the north eastern border. "Bridging the Brahmaputra is in itself is challenging. It is a high rainfall area and falls in the seismic zone. This is a bridge which is unique in many ways. It is the longest in the country," said Pranav Jyoti Sarma , CPRO of Northeast Frontier Railways.

Built by the Indian Railways, the double-decker bridge has two railway lines on the lower deck and a three-lane road on the upper, strong enough to withstand movement of heavy military tanks.

The Bogibeel bridge will connect the south bank of the Brahmaputra river in Assam's Dibrugarh district with Silapathar in Dhemaji district, bordering Arunachal Pradesh. The railways have reduced the distance between Dhemaji and Dibrugarh from 500 Kms to 100 kms with the completion of the project. 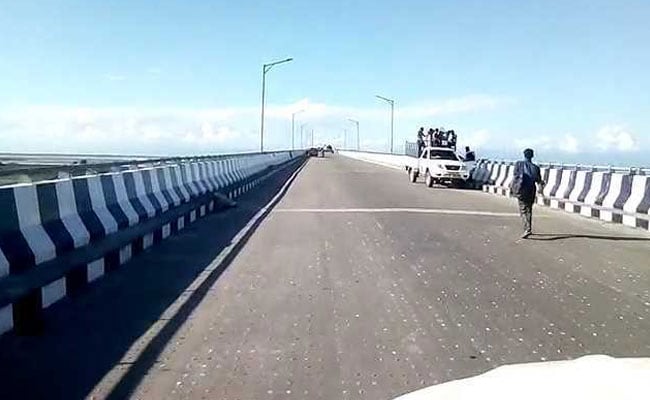 Bogibeel Bridge: The double-decker bridge has two railway lines on the lower deck and a three-lane road on the upper, strong enough to withstand movement of heavy defence tanks.

The project has been completed at a cost of Rs 5,920 crore.

"This will prove to be a divine blessing for Dibrugarh. This will propel Dibrugarh as the next biggest business hub after Gwuahati, there are ther sectors like educations, health and other services where Dibrugarh should see a sea chance after the bridge is opened up" Hafizur Rehman, a local businessman in Dibrugarh, said.

The bridge and the train will be a boon for the people of Dhemaji as major hospitals, medical colleges and airport are in Dibrugarh, the third-largest city in the Northeast.

PM Modi will flag off the train after inaugurating the Bogibeel bridge on December 25, the birth anniversary of late prime minister Atal Bihari Vajpayee and observed as the 'Good Governance Day' by the Centre.

The bridge is part of the infrastructure projects planned by India to improve logistics along the border in Arunachal Pradesh.