The oil well at Baghjan Tinsukia, 500 km from main city Guwahati, had a blowout on May 27 and has been leaking gas since. 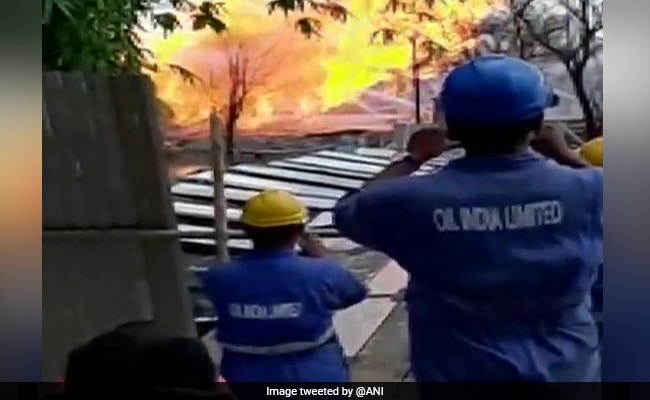 The fire reportedly broke out near well number 5 in Baghjan, Tinsukia district

A new fire broke out on Wednesday at Assam's Oil India Limited well, which has been on fire for over a month, injuring three foreign experts working at the site to put off the blaze. The entire area has been cordoned off.

The fire reportedly broke out near well number 5 in Baghjan, Tinsukia district. The injured technicians have been rushed to hospital, OIL sources said, and are stable.

The fire broke out when the experts were on their way to open the spool of the well before putting up the blow out preventer (BOP) that finally douses the fire, news agency PTI quoted an official as saying.

The oil well at Baghjan Tinsukia, 500 km from main city Guwahati, had a blowout on May 27 and has been leaking gas since, causing damage to the region's wetlands and biodiversity.

The well had caught fire last month while clearing operations were going on.

Two firefighters of Oil India Ltd were last month found dead at a wetland near the site. The fire was so intense that it could be seen from as far as 10 km away.

"Their bodies were recovered from a wetland near the site. Prima facie it looks that they jumped in the water and got drowned as there is no mark of burn injury," an official had said then.

Foreign experts were flown in to help put out the fire.

Thousands of people living in a 1.5-km radius of the well had been moved to safety; they have been living in relief camps since. The company had announced a compensation of Rs 30,000 to the displaced residents.

Locals had last month shared pictures of carcasses of endangered Gangetic Dolphins and other aquatic life floating in the Dibru-Saikhowa National Park, barely 3 km from the oil field.