Vanlalhmuaka in his maiden address as the president said the BJP continues to grow in Mizoram despite many hurdles. 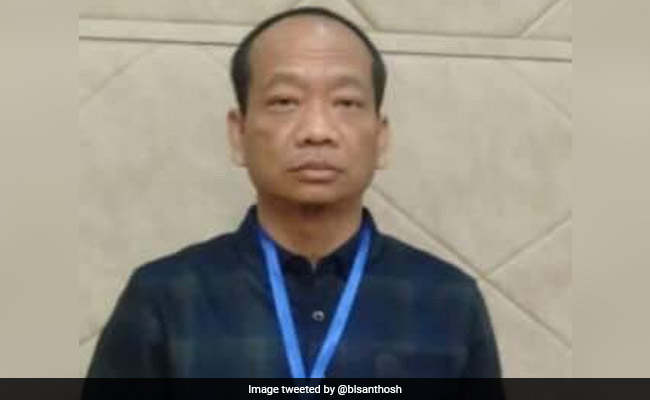 Vanlalhmuaka, who was appointed BJP's Mizoram unit president on Tuesday, exuded confidence that his party would win the state polls in 2023.

Vanlalhmuaka, who was the party's general secretary, took over as the new president after internal election results were announced by senior BJP leader Vinod Sonkar at a function held in Aizawl. Vanlalhmuaka replaces JV Hluna as the state unit chief.

In his maiden address to party workers as the president, Vanlalhmuaka said the BJP continues to grow in Mizoram despite many hurdles.

"To become a BJP president and lead the party in a state like Mizoram is not an easy and attractive job as it needs some sort of courage. But I am happy to take the president's chair because I am confident that 70,000 members of the party here will back me and extend their help to strengthen the organisation," he said.

"We have 70,000 members in the state. If every member strives to induce and recruit at least one to seven members during the next four years, I am confident that our party will surely win the assembly polls," he said.

Senior BJP leader and MP Vinod Sonkar said the Centre gives priority to the development of the Northeast. He said the BJP's central leadership also aims to strengthen the party in Mizoram.

The BJP opened its account in the Christian-dominated state by winning a seat in the last assembly polls, which was held in November 2018.

The party currently is in power at the Chakma Autonomous District Council(CADC) in south Mizoram.