The BJP had last year set up nearly 3,000 stalls outside puja pandals across the state where it displayed books propagating the party's ideology. 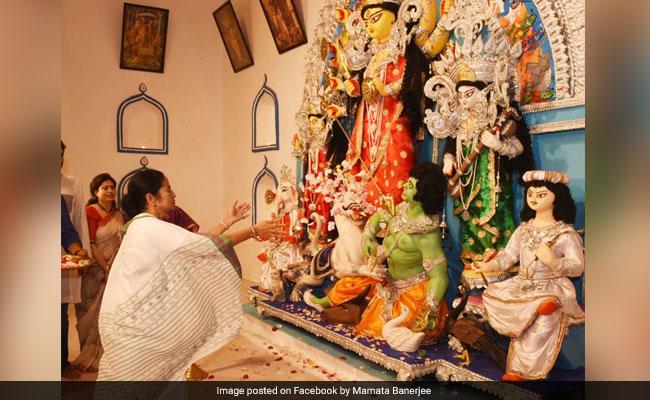 'Sanghasree Durga Puja Committee' has been organising the puja for the last 73 years. In the last few years, the festivities were inaugurated by Mamata Banerjee.

However, much has changed since the BJP's rise in West Bengal which was seen in this year's Lok Sabha polls when it won 18 of the state's 42 seats, just four less than Mamata Banerjee's Trinamool Congress.

A functionary of the committee, however, insisted it had nothing to do with politics.

"It has nothing to do with politics. Mr Sayantan Basu is our president. He has said he will talk to Amit Shah's office to have a date fixed for inaugurating the Durga Puja this time," Souradeep Dutta, assistant general secretary of the club told news agency Press Trust of India.

Sayantan Basu said the club, with which the puja committee is associated, had requested him to have Mr Shah inaugurate the festivities and that he was looking at it.

Durga Puja, arguably the biggest festival of Bengal, has often been used by political parties to reach out to the masses.

The BJP had last year set up nearly 3,000 stalls outside puja pandals across the state where it displayed books propagating the party's ideology.