The six were arrested from different parts of Delhi and its neighbouring areas on Tuesday morning. 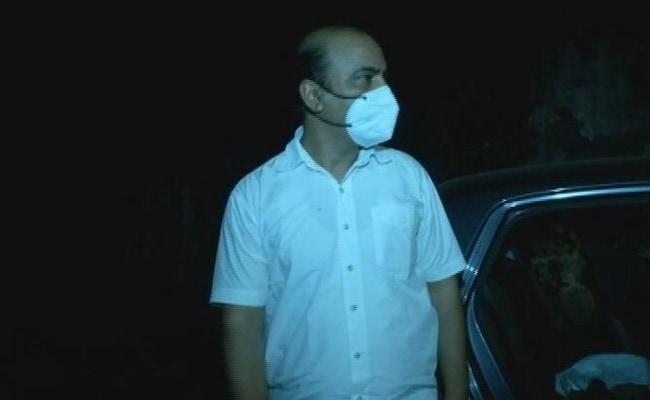 A Delhi Court on Tuesday sent BJP member Ashwini Upadhyay and three others, arrested over violent anti-Muslim slogans raised at a protest held at Delhi's Jantar Mantar, to two days in judicial custody. The Delhi court also sent two other accused to one-day police custody in connection with the case.

The six were arrested from different parts of Delhi and its neighbouring areas on Tuesday morning. They have been charged with promoting religious enmity and for "acts prejudicial to maintenance of harmony".

A video showing anti-Muslim slogans being raised during a protest on Sunday was widely circulated on social media, following which the Delhi Police registered a case on Monday. The police say they had refused permission to the march at Jantar Mantar because of Covid protocol but a crowd showed up.

While seeking judicial custody for Mr Upadhyay and three others, Additional Public Prosecutor Atul Srivastava told the court, "My friend knows the law...he has filed 100+ petitions...he knows the law. He should not have done it when the permission was denied. When Parliament was on and Covid is there, in fact there were prep up for Independence Day, they should not have assembled."

Mr Upadhyay's lawyer stressed he was not present during the slogan-shouting and urged the court to watch the videos before deciding on his bail. "The onus of something that happened after me going away from the place of occurrence cannot be placed on me," he argued.

Mr Upadhyay - who is a member of the Delhi BJP executive - had said the protest march against outdated colonial laws was organised by Save India Foundation. "I don't have any relation with Save India Foundation Trust. I was a guest like Mr. RVS Mani, Mr. Firoz Bakht Ahmed, Mr. Gajendra Chauhan. We reached at around 11:00 and left at 12:00. I never met these miscreants," he had said before his arrest.