Former minister Ashish Shelar said that for the BJP, the nation takes precedence over everything else and implementing the CAA is imperative for the interests of the country and Maharashtra. 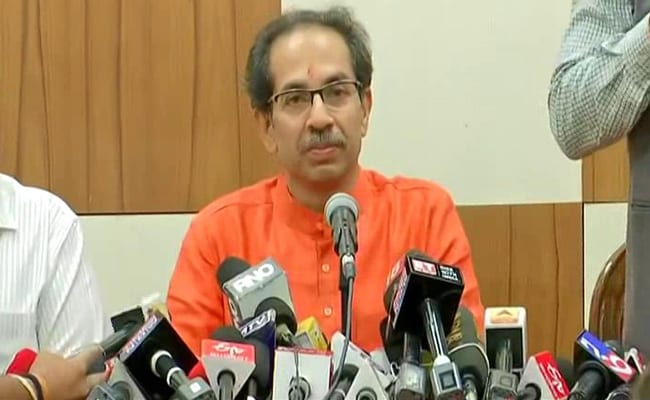 Ashish Shelar pointed out that the Sena had supported the Citizenship (Amendment) Bill in Lok Sabha.

The Maharashtra Bharatiya Janata Party is ready to make any "political compromise" with the Shiv Sena if the latter encountered problems with allies - the NCP and the Congress, in implementing the Citizenship Amendment Act, a senior leader said in Nashik on Saturday.

Former minister Ashish Shelar said that for the BJP, the nation takes precedence over everything else and implementing the CAA is imperative for the interests of the country and Maharashtra.

"There are many Pakistani and Bangladeshi illegal migrants living in Maharashtra and other parts of the country. They must be thrown out. For this, we call upon Chief Minister Uddhav Thackeray to implement the CAA immediately," Mr Shelar told mediapersons.

Virtually asking the Sena to break off from the Maha Vikas Aghadi government, Mr Shelar said if NCP and Congress are posing "any kind of hurdles", then the BJP is prepared to make "all adjustments".

"Don't worry about saving your government. If you walk out of the government for the CAA, we can discuss and make compromises. Do not get scared of anyone, show them your real strength," Mr Shelar urged.

He pointed out that the Sena had supported the Citizenship (Amendment) Bill in Lok Sabha, but ran away from supporting it in the Rajya Sabha, but said the "Sena must not sacrifice national interests for saving its government".

Mr Shelar claimed that the BJP was never interested in politics for power but only worked for national interests, and in order to achieve this, the CAA must be made applicable in Maharashtra.

Slamming Shelar, Sena spokesperson Manisha Kayande questioned his credentials, asking whether "he has been authorized by BJP state President Chandrakant Patil" to speak on his behalf or for the party.

"Shelar has been continuously targeting the CM and instigating the party on various issues through social media almost daily. How come his stand has suddenly changed today? Is he speaking officially for the party?" Kayande told IANS.

She pointed out that the BJP has woken up too late to 'make compromises' now since the Sena-NCP-Congress alliance has gone very far and is governing the state effectively.

Shelar also trained guns at the Congress' 'Bharat Bachao' rally in Delhi on Saturday and dismissively alleged it was an attempt to protect illegal migrants and infiltrators from Pakistan-Bangladesh living in India.