Sanjay Satyendra Pathak said he is close to many Congress legislators, but joining the ruling party is the farthest thing from his mind. 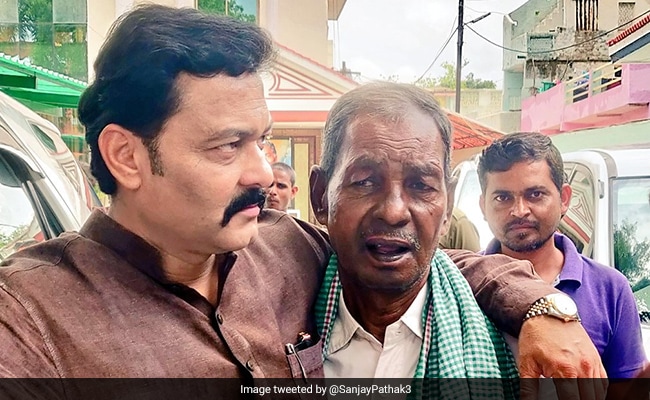 Lawmakers without a core Hindutva background, especially those who joined the BJP from other political groups or after winning the 2013 assembly elections as independent candidates, are being viewed with a certain degree of wariness by the party leadership these days.

These legislators include two from the Vindhya region, two from central Madhya Pradesh, two from Bundelkhand and two from Mahakoshal. Making things worse for a few of them is the personal rapport they have with Chief Minister Kamal Nath.

Topping the list is Sanjay Satyendra Pathak, the richest legislator in Madhya Pradesh. Apart from him, speculations are also rife about two other independents-turned-BJP members - Sudesh Rai (Sehore) and Dinesh Rai 'Munmun' (Seoni) - joining the Congress in the days to come.

Mr Pathak, however, has finally put the rumours to rest with the disclosure that he is not going to switch parties after all. "Everyone knows that my father Satyendra Pathak was not only a Congress MLA in 1993 and 1998 but also a cabinet minister in the erstwhile Digvijaya Singh government. He also held key organisational positions in the Madhya Pradesh Congress unit. I meet present Congress legislators and ministers often because many of them happen to be my childhood friends. Actually, 26 of the 28 ministers in the state cabinet are my friends, but the BJP will continue to be my home," he said.

The four-time BJP legislator from Vijayraghogarh constituency in Katni district, who owns assets worth over Rs 216 crore, visited the state secretariat in Bhopal to meet a minister in the Congress government. Some reports suggested that he met Kamal Nath too, but he has denied it.

"I have a Congress background, rumours keep emerging about me joining the Congress. But let me assure you that the BJP is now my home, and I will always stay here," he reiterated.

Mr Pathak won from his father's pocket-borough of Vijayraghogarh in 2008 and 2013 as a Congress candidate, before joining the BJP camp in 2014. He was re-elected in the bypoll that followed as a BJP candidate, and then won from the same seat on a BJP ticket for the fourth time in 2018

Two other BJP legislators - Narayan Tripathi and Sharad Kol - had voted along with the Congress and its allied legislators on an amendment bill in the Madhya Pradesh assembly on Wednesday evening, sparking speculations that the opposition party was having a hard time keeping its flock together.