Nabam Rebia was declared winner after the time for withdrawal of nominations ended today as there was no other candidate in the fray, Joint Chief Electoral Officer said. 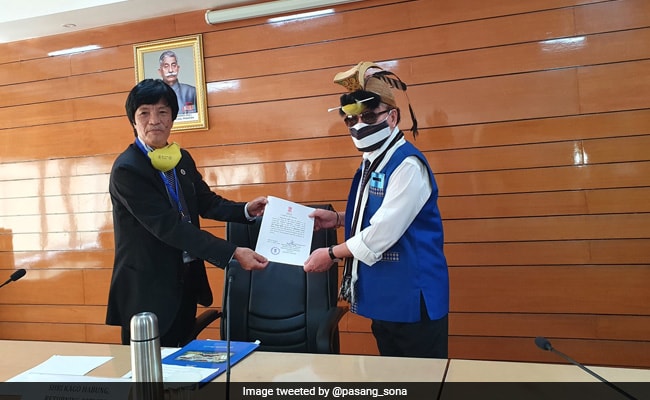 BJP nominee Nabam Rebia won the lone Rajya Sabha seat in Arunachal Pradesh today in the absence of any contestants, an official of the state election office said.

Mr Rebia was declared winner after the time for withdrawal of nominations ended today as there was no other candidate in the fray, Joint Chief Electoral Officer DJ Bhattacharjee said.

The veteran politician was the only candidate to file his papers for the election. He had filed his nomination on Monday and it was found valid after scrutiny on June 10, Mr Bhattacharjee said.

Mukut Mithi of the Congress is the incumbent Rajya Sabha MP from the northeast state. His tenure will end on June 23.

Mr Rebia, who represented the state in the Rajya Sabha for two consecutive terms from 1996 to 2002 and again from 2002 to 2008 as a Congress member, had also served the state as an Assembly speaker and a cabinet minister.

The Election Commission had on June 2 issued notification for holding election to the lone Rajya Sabha seat in Arunachal Pradesh along with other states.

The 60-member Arunachal Pradesh assembly has 41 BJP MLAs, seven of the Janata Dal (United) or JD(U), four each of the Congress and National Peoples Party (NPP), one of Peoples Party of Arunachal one and three Independents. The JD(U) and the NPP are supporting the Pema Khandu-led BJP government.