Shakib was arrested on December 15 and jailed for allegedly trying to forcibly convert a 16-year-old Hindu girl, a charge denied at the time by both the girl and her mother 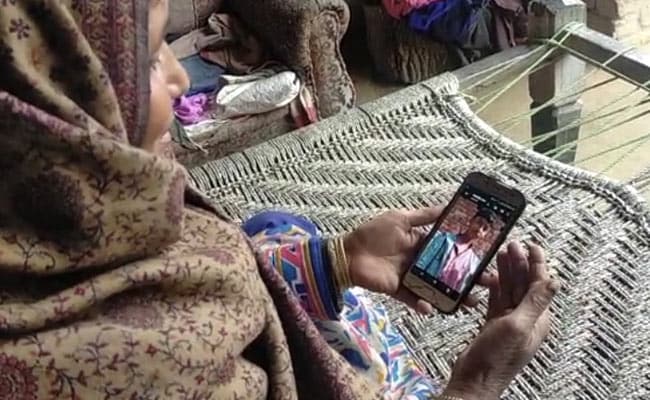 Shakib, 18, has been charged under stringent sections of the law where bail is difficult

A young Muslim teen in west Uttar Pradesh's Bijnor, 430 km from Lucknow, has spent over 20 days in jail after an incident last month where he and a 16-year-old Hindu girl, walking home from a friend's birthday event, were ambushed, harassed and taken to a police station. The matter escalated to a case being filed under the state's controversial new anti-conversion law.

At her village in Bijnor, 50-year-old Sanjeeda, the mother of 18-year-old Shakib, who is now in jail awaiting a bail hearing this Friday - a widow with no fixed income - says she has just about managed money for a lawyer, as she fights back tears.

"I am very distressed. When my husband was alive, I borrowed lakhs of rupees for his treatment. He died two years ago. No one is willing to even give me money to fight this case," Sanjeeda told NDTV.

Shakib was arrested on December 15 and jailed for allegedly trying to forcibly convert the 16-year-old Hindu girl, a charge denied at the time by both the girl and her mother.

The Bijnor police, which had insisted the Muslim teenager was arrested on a complaint by the girl's father, has gone ahead and filed a chargesheet in the case, under stringent sections of the law where bail is difficult.

"We filed the case on December 15 and a police officer investigated it. Based on evidence, medical examination and the girl's statement before a magistrate, we have filed a chargesheet in the case under IPC, POCSO Act, SC/ST law and the conversion law," says Dr Dharm Veer Singh, Bijnor's police chief.

At the Hindu girl's village, less than 2 km from Shakib's home, her father in a brief interaction with NDTV continued to insist this is a case of forcible conversion. "No, they can't say this, you can ask them again," he said when asked about his daughter and mother saying on record there was no conversion angle to the matter.

But the girl and her mother were both not at home and the father and other villagers were unwilling to disclose their location. Two weeks ago, in interviews to NDTV, both of them had vehemently denied the police version. "Around 11.30 pm some people caught hold of us - the villagers beat us up. They accused us of theft. They caught one boy, I don't know who he was, and they caught me. I did not know who the boy was. It is not true that he was trying to convert me," the girl had told NDTV.

At both the teens' villages, not many were willing to discuss the case on camera or off it except Vinod Saini, the pradhan or chief of the girl's village who continues to claim the police cooked up the unlawful conversion charge .

"I simply do not think this was a case of 'love jihad'. I have already said this, this case has been foisted just like that. Both were students and they used to meet each other," Mr Saini told NDTV.

The district's police chief has rubbished the claim. "This is totally wrong. We filed a chargesheet only after statements and a medical examination and a court statement. Even today the girl's father and family members are sticking to their statements. Some people are trying to entice the family to change their statements and we are keeping a watch on such people and we will act against them. We do not act based on any statements by a pradhan or politician. The action is based on evidence and court statements," the Bijnor police chief said.