The NDA in Bihar will win more than three-fourths of the assembly seats, he said, during his address on the last day of the two-day virtual executive committee meeting of the BJP. 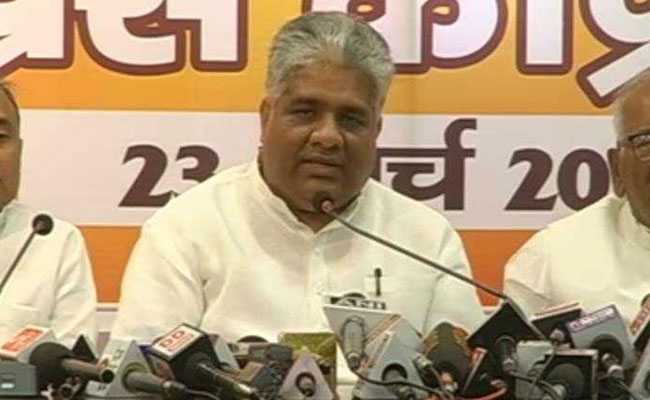 NDA is going to win more than three-fourths of the assembly seats, Bhupender Yadav said.

The National Democratic Alliance (NDA) in Bihar will win more than three-fourths of the assembly seats, he said, during his address on the last day of the two-day virtual executive committee meeting of the BJP.

"I am confident that the NDA will witness the same outcome in the assembly polls (due later this year) as it did in the Lok Sabha elections (in 2019). The performance will be repeated. The NDA is going to win more than three-fourths of the assembly seats," Mr Yadav said.

Notably, out of the 40 Lok Sabha seats in the state, the NDA -- comprising the BJP, Nitish Kumar's JD(U) and the LJP -- bagged 39, and the lone Kishanganj parliamentary seat went to the Congress, which is a part of RJD-led Grand Alliance in Bihar.

Lalu Prasad's RJD, which had contested 20 seats, did not win a single seat in the general election.

Mr Yadav, who is also the BJP's Bihar in-charge, exhorted its workers to unite and ensure victory for not just the saffron party, but also its allies -- the JD(U) and the LJP.

Targeting the Leader of Opposition in the Assembly and RJD heir-apparent, Tejashwi Yadav, for opposing the use of "virtual medium" for rallies and campaigns, the BJP leader said he should first quit Facebook and Twitter.

"Tejashwi Yadav jee, Twitter and Facebook are also virtual mediums. Why are you using these (platforms) if you are opposed to the idea? Your actions must match your words.

The NDA wants development of the state, while the RJD leaders want only one family to flourish, the BJP's Rajya Sabha member said.

"The BJP and its allies want to wipe out corruption from the state, but the opposition camp feels that one family has the right to indulge in corrupt practices," Mr Yadav stated.

Drawing a parallel between the RJD's 15-year rule and the NDA rule, Mr Yadav said Bihar's health department budget increased to Rs 10,000 crore, when the NDA took over the reins of the state in 2005, from a "paltry sum" of Rs 278 crore.

"If we have to maintain this growth momentum, it is our (workers') responsibility to take the NDA forward under the leadership of Nitish Kumar," the senior BJP leader added.