A Professor's Tweets Bring Back Focus On Ganga Pollution In Varanasi

One of the tweets put out by Professor Mishra, who lives at the iconic Assi Ghat, shows gallons of untreated sewage and garbage flowing in the river Ganga from one of the drains called Nagwa Nallah. 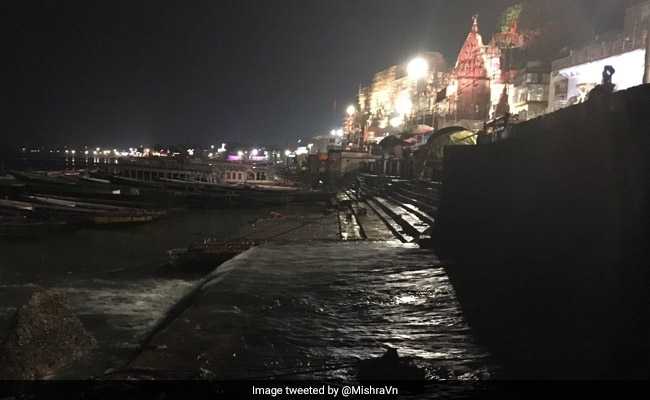 A professor at the Banaras Hindu University in Varanasi is making an earnest attempt to highlight the issue of water pollution in the Ganges, considered one of the most sacred rivers in the country, using the medium of Twitter in a bid to prompt the authorities to take action.

In Varanasi, the parliamentary constituency that voted for Prime Minister Narendra Modi for a second consecutive term this time in the national elections, the government has been paying special attention to stop the discharge of untreated sewage into the river.

However, Professor Vijaya Nath Mishra has shared pictures in a series of tweets to show the "reality in the heart of Banaras (another name for Varanasi)".

Officials claim that all the major Nala flowing Ganga at Varanasi have been stopped! But this the reality in the heart of Banaras. Ghoda Nala. Flowing sewage uninterrupted. Will the culprits be punished! pic.twitter.com/XcYUnErjsh

All three rivers (Varuna, Asi, Ganga) are dying in Varanasi, and I am being told to wait!! Wait for what? Wait till Ganga also dies like Yamuna in Delhi or like Asi n Varuna in Varanasi! Those who feel that, me wrong, I welcome all of them, to take dip in Ganga, Varuna n Asi! pic.twitter.com/NTV7xaOec3

Untreated sewage flowing directly in Ganga at Varanasi. Every day we are putting videos of sewage. Absolutely no reaction from authorities! I can't see, Mother Ganga dying! Feeling helpless! Join hands to save Ganga ji at Varanasi, before it turns out to be another sewage river. pic.twitter.com/szt9kRxkw2

One of the tweets put out by Professor Mishra, who lives at the iconic Assi Ghat, shows gallons of untreated sewage and garbage flowing in the river Ganga from one of the drains called Nagwa Nallah.

Another post shows the Ghoda Nallah, another drain, pumping out sewage into Ganga in the middle of the night. The location, Professor Mishra says, is just next to the Dashashwamedh Ghat, where the famous Ganga Arti is held every evening.

"Through my tweets... I want to say that there still are at least 30 side facing and 7 front facing drains that are discharging waste into the Ganga. I am a neurologist ...I have researched this, this research will be published soon but because of all this pollution neuorological diseases and even cancer is on the rise in Varanasi and elsewhere on the Indo - Gangetic plain, (sic) " Professor Mishra tweeted.

The posts have gone viral. Congress leader Priyanka Gandhi retweeted one of his posts, which has gone viral, saying: "Sharmnak (Shameful)".

The government, however, disputes these numbers. Initiatives to clean the river began decades ago, when the first Ganga Action Plan was launched in 1986, crores of rupees have already been spent.

In 2014, PM Modi, after getting elected from Varanasi, launched the ambitious, multi-crore "Namami Gange" programme that promised to make the Ganga clean by 2019.

In Varanasi, the government admits to the untreated waste being discharged into the river, which is considered holy, but claims things have improved and that sewage flowing in the river will be stopped by the end of this year.

"The Ganga river has become cleaner. Of the total 23 drains that flow into the river, we have tapped 20 and their sewage is being treated. Of the remaining drains, one is the Assi river that is also known as the Nagwa drain, and the discharge from this drain is 45 MLD. We will cap this drain soon too," says Satish Kumar Rai, a senior government official with the Ganga Action Plan in Varanasi.