Those Attacked Are Being Arrested But Attackers Go Scot-free: Activists 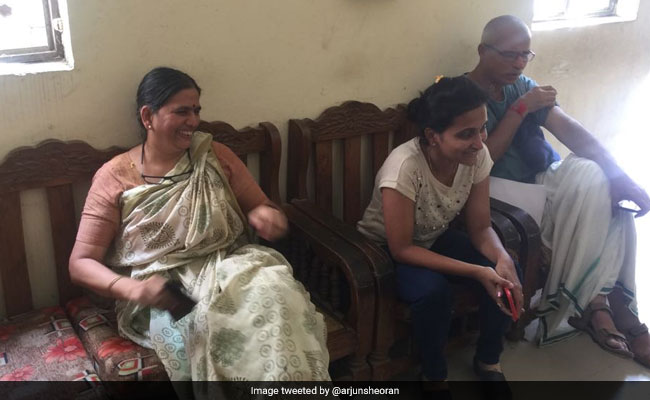 Double standards in the treatment of alleged offenders in the Bhima-Koregaon violence and the five activists arrested on Tuesday on accusations of Maoist links: That's what a section of activists and the civil society has pointed out after yesterday's action by the Pune police.

The police have slapped terror charge on the activists, under the controversial Unlawful Activities Prevention Act, which authorizes raids and arrests without warrant if a person is suspected to "support terrorist acts or unlawful activities". In contrast, Milind Ekbote and Sambhaji Bhide, who were initially accused of instigating violence in Bhima Koregaon on December 31, roam free.

The arrests are linked to the clashes at the Elgaar Parishad organized by Dalits on December 31, to mark the victory of their soldiers over upper caste Maratha Peshwas in 1818. Claiming there was a Maoist plot to incite violence, the police arrested and questioned five people - Sudhir Dhawale, Surendra Gadling, Mahesh Raut, Rona Wilson and Shoma Sen-in June. The police said they had incited violence through their speech and the current round of arrests is based on their inputs during questioning.

The original First Information Reports filed just after the Bhima-Koregaon violence named Ekbote of the Hindu Ekta Manch and Bhide, chief of a right-wing organization, for orchestrating the violence. None of the five arrested activists had been were named in it as accused. Bhide was granted bail within days and Ekbote was not even arrested.

The FIR filed by the Pune police against Mr Rao, Sudha Bharadwaj, Arun Ferreira, Gautam Navlakha and Vernon Gonsalves accused them of being actively involved with the banned CPI (Maoist). The five have been accused providing financial and logistic support to Maoists. The police claim they have evidence, in the form of letters, which show Mr Rao helped Maoists in procuring arms from Nepal.

The activists have also been accused of playing an active role in the clashes between Dalits and upper caste Marathas at Maharashtra's Bhima-Koregaon village.

The Pune police strongly justified the arrests in the Supreme Court yesterday, accusing the activists of crimes that included "deliberate involvement in a larger Maoist conspiracy" and "showing intolerance to the present political system". They are however, yet to link how the activists were directly involved in inciting violence in Bhima-Koregaon.

In a press conference on Thursday, lawyer and activist Prashant Bhushan said, "Those who have been attacked are being held but the attackers go scot-free."

"Their aim is to discredit the dalit movement. Without any reason there are five prohibitory orders against me in Rajasthan. The state has launched an attack against the activist community, " said Jignesh Mevani, activist who won as an Independent, from Vadgam constituency in Gujarat.

"To be lynched is a crime... to be a part of minority is a crime...This is a dire situation, more serious than Emergency. At that time, rights of people were violated but currently, whoever does not agree with the Hindutva ideology, the majoritarian government, is being criminalized.