Koregaon-Bhima case: The centre's decision has triggered a massive controversy, with the state government calling it "unconstitutional". 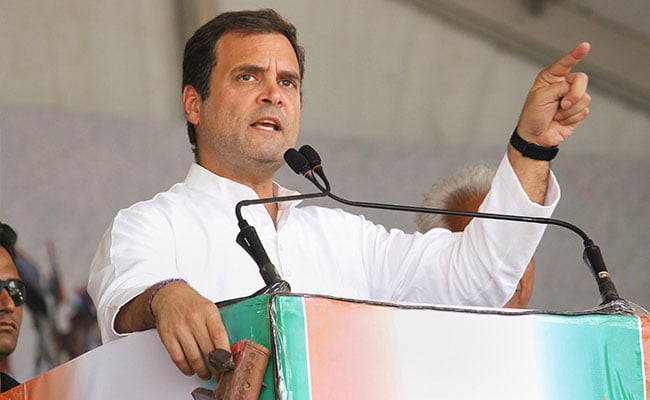 Reacting to the centre's Friday move of handing over the Koregaon-Bhima violence probe to the National Investigation Agency (NIA), senior Congress leader Rahul Gandhi took potshots at Prime Minister Narendra Modi and Home Minister Amit Shah - whom he called "MOSH" in his tweet- claiming those who oppose their "agenda of hate" is branded as "Urban Naxal".

"Anyone who opposes the MOSH agenda of hate is an 'Urban Naxal'. Bhima-Koregaon is a symbol of resistance that the Government's NIA stooges can never erase," he tweeted.

Anyone who opposes the MOSH agenda of hate is an "Urban Naxal".

The case involves violence that erupted near Koregaon-Bhima in Pune district on January 1, 2018, while Dalit groups were celebrating 200 years of a British-era battle. The Pune police had filed cases against activists and intellectuals who gave speeches at Elgar Parishad, a gathering held on December 31, 2017, preceding the celebration. They were accused of inciting violence and subsequently picked up in raids conducted across the country.

The Shiv Sena-Congress-Nationalist Congress Party (NCP) alliance government in Maharashtra was reviewing the cases, and was seen to be preparing to withdraw all cases against intellectuals and social activists accused of inciting violence at the event. Earlier this week, it convened a review meeting with senior Pune police officers regarding this.

The centre's decision has triggered a massive political controversy, with the state government calling it "unconstitutional".

"Handing over the Koregaon-Bhima probe to the NIA is against the constitution and I condemn it," Maharashtra Home Minister Anil Deshmukh said on Friday, adding that the decision was taken without the state government's consent.

NCP chief Sharad Pawar today said the decision was taken by the centre as it feared it would be "exposed".

"I think the government fears it may be exposed. So the decision has been taken (to transfer the case to NIA)," he was quoted by news agency PTI as saying.