Bharat Bandh: Farmer unions are protesting against the three agri laws have called a complete ''Bharat Bandh'', even as it will not be observed in four poll-bound states and Puducherry 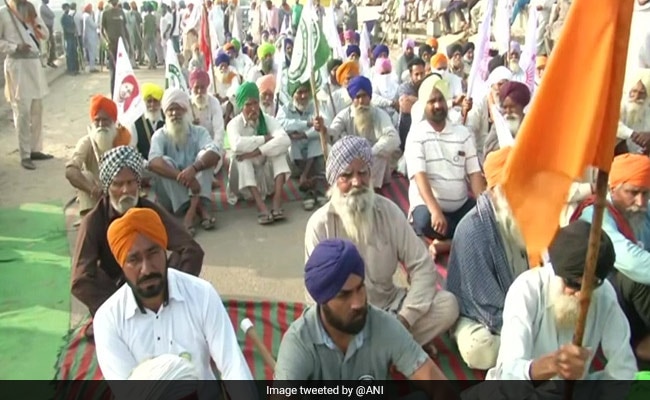 Four trains were cancelled and more than 30 trains were stopped amid agitations near railway stations in Delhi, Chandigarh, Firozpur and Amritsar.

Demonstrations were also reported at National Highway-9 near one of three protest epicenters in the national capital - the Ghazipur border. Policemen had set up barricades to block the movement of protesters.

The farmers' protest at the Delhi borders started on November 26 at three epicenters- Singhu border, Ghazipur and Tikri.

The all-India strike, which began at 6 AM, will continue till 6 PM. "Farmers will block rail tracks in various places. Markets and transport services will be closed during ''Bharat Bandh'' senior farmer leader Balbir Singh Rajewal was quoted as saying by news agency PTI.

However, the Confederation of All India Traders, which claimed representation of eight crore traders in the the country, said that markets will remain open as it is not participating in the ''Bharat Bandh'', PTI reported.

In Delhi, market associations say they support the strike but they will keep the shops open as they've already suffered losses during lockdown.

Despite several rounds of consultations, the government and the farmers' bodies have failed to reach a consensus on the three agricultural laws.

On January 26, as the protest completed two months, the farmers had held a tractor rally which had ended in violence as the protesters over-ran the iconic Mughal-era Red Fort.