Bhagwant Mann, the Chief Minister of Punjab, will marry will marry Gurpreet Kaur tomorrow in a small ceremony at his home. 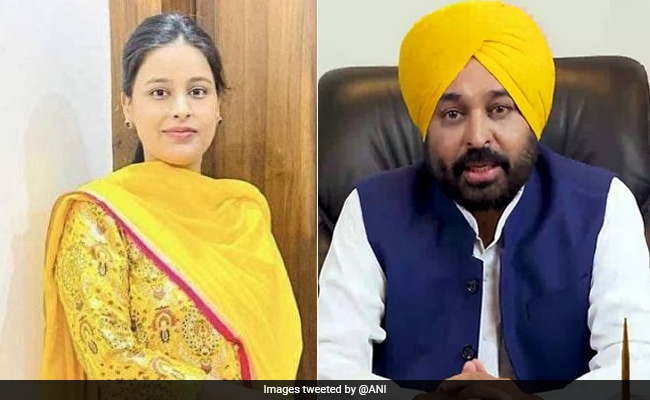 Bhagwant Mann, the Chief Minister of Punjab, will marry tomorrow in a small ceremony at his home in Chandigarh.

Mr Mann, 48, will marry Gurpreet Kaur, a woman he has known through family ties.

Only family and close relatives will be present at the wedding. Delhi Chief Minister Arvind Kejriwal, the chief of the Aam Aadmi Party (AAP), is likely to attend the ceremony.

"Mann Sahab is getting married in a private ceremony here tomorrow. He will tie the knot with Dr Gurpreet Kaur," senior AAP leader and spokesperson Malvinder Singh Kang told PTI.

The former stand-up comic was divorced six years ago and has two children from his previous marriage.

His children live their mother in the US. They came for Mr Mann's oath ceremony on March 16.

Gurpreet Kaur, 32, is a doctor. Her family is from Kurukshetra's Pehwa locality.

She has two sisters who stay abroad. Sources close to Mr Mann said their families have been associated for years.

Mr Mann took over as Chief Minister after AAP won the Punjab election earlier this year, ousting the Congress.

Many AAP leaders greeted the Chief Minister. Raghav Chaddha also reacted to a tweet that said: "And one thought that Raghav Chadha was the most eligible bachelor in AAP."