3 Arrested After Viral Video Showed Them Mercilessly Thrashing A Dog

The men assaulted the pet dog on Monday night because it had barked at them. 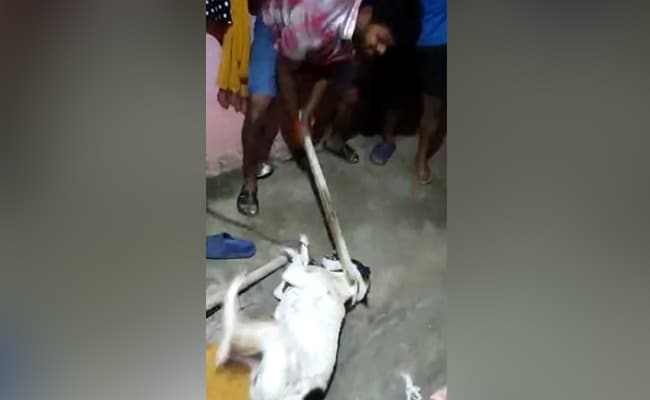 According to the police, the owner will soon file an official complaint.

Bengaluru cops arrested three men who were seen mercilessly thrashing a dog in a viral video. The horrific video of the incident shows them brutally flogging a chained dog with thick wooden sticks. One of the men also pushed the person recording the video when they tried to intervene.

The men continued hitting the dog, who lay on the ground wailing in pain, and walked away while the family of the dog's owner tried to confront them.

The men assaulted the pet dog on Monday night because it had barked at them. The owner of the dog has admitted the injured animal to a veterinary hospital.

The owner filed an official complaint on the basis of which a case under the Prevention of Cruelty Against Animals Act was filed, leading to the arrest of three men - Rahul, Rohit and Rajat.

The incident was reported in the Manjunatha Layout in East Bengaluru, which comes under KR Puram Police Station.