CK Bose's tweet claiming that Mahatma Gandhi used to treat goats as his "Mata" (mother) sparked a sharp back and forth with Tripura governor Tathagata Roy on social media. 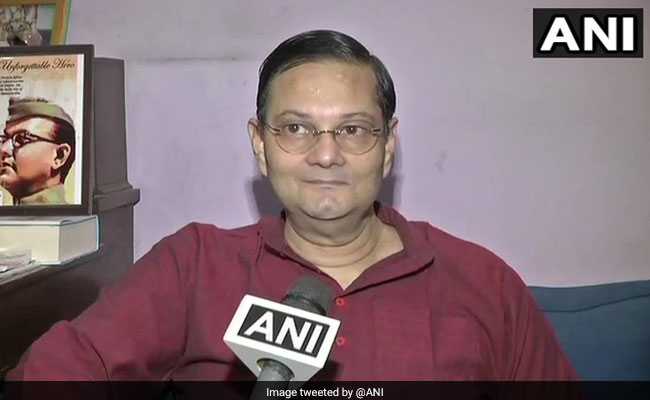 CK Bose said that religion should not be mixed with politics.

Bengal BJP vice president Chandra Kumar Bose  stood his ground on Saturday after his tweet claiming that Mahatma Gandhi used to treat goats as his "Mata" (mother) sparked a sharp back and forth with Tripura governor Tathagata Roy on social media.

"Neither Gandhiji nor your grandfather ever said goats were Mata- that's your conclusion," the governor, a former Bengal BJP president, said, telling Mr Bose not to "peddle such rot."

Mr Bose, who is Netaji Subhas Chandra Bose's grandnephew, had this week weighed in on the political row after the increasing incidents of mob killings over suspicion of cow slaughter. He said that religion should not be mixed with politics and one must respect all communities, their likes and dislikes and the meat they want to consume.

Neither Gandhiji nor your grandfather ever said goats were Mata-that's your conclusion. Nor did Gandhiji (or anyone else) ever proclaim that he was the protector of Hindus. We Hindus regard the cow as our mother,not the goat.
Please don't peddle such rot. https://t.co/xfLb3fDSxM

Mr Bose, in an interview with ANI, elaborated on his controversial tweet, "One has to understand the subtlety of my tweet. What I have mentioned in my tweet is from a chapter of history."

He said that the entire nation is shocked to see the kind of violence and lynchings that are taking place across the country and it is the responsibility of political parties and governments is to ensure that law and order is maintained.

"Mr Nehru (Jawahar Lal Nehru) and Mahatma Gandhi when they used to stay in our house, they used to have some specific demands. One such demand was to be given goat's milk. So, my grandfather brought two goats and Gandhiji was served goats milk," Mr Bose said, explaining his tweet.

"If you attack people for consuming beef then you should also stop consuming goat because Mahatma Gandhi used to drink goat milk. And if you drink goats' milk, you treat goat as your mother. Religion must not be mixed up with politics," he added.