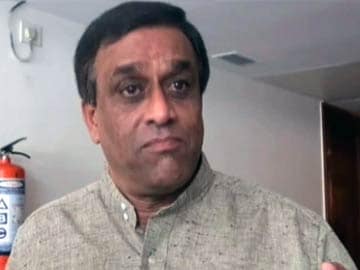 New Delhi: Goa Minister Sudin Dhavalikar, who said women should not wear bikinis in beaches or short skirts to clubs, has been asked to explain by Chief Minister Manohar Parrikar.

Sources say Mr Parrikar called the minister last night to ask why he made those comments.

Mr Dhavalikar, a member of BJP ally Maharashtrawadi Gomantak Party, has been pilloried for these comments he made to NDTV yesterday - "For their own protection on public beaches, women should not wear bikinis. I am not against wearing bikinis in private places."

He also said, "Pub culture is not Indian culture and we don't want Western culture. Young people go drinking and it often leads to law and order problems. Our sisters and daughters are getting spoilt. Goa was a city of temples and churches. We don't want pub-tourism."

On Monday, Mr Dhavalikar, 57, provoked sharp criticism after suggesting that "young girls going to pubs in short dresses is against our culture."

The minister's aversion to pubs came through when he was reportedly speaking in defence of controversial activist Pramod Muthalik, who has talked about setting up a unit of his outfit, Sri Ram Sene, in Goa to "stop the culture of drugs, sex and nudity."

Backing Mr Muthalik, the minister said, "The (practice of) young girls going to pubs in short dresses does not fit in our culture. What will happen to our Goan culture, if we allow this? This must stop."

The Sri Ram Sene is best known for its assault on women at a pub in Mangalore in 2009. Women were dragged by their hair, slapped and manhandled by Sri Ram Sene activists, who accused them of "loose morals".

Promoted
Listen to the latest songs, only on JioSaavn.com
In March, the Goa Chief Minister was among the first to object when his BJP admitted Mr Muthalik into the party. Amid a deluge of criticism, the BJP disowned Mr Muthalik five hours after inducting him.

Sources say Mr Parrikar is upset that one of his ministers has endorsed Mr Muthalik's views so emphatically.
Comments
Sudin DhavalikarManohar Parrikar