Balkrishna, aide of Baba Ramdev, booked in money laundering case; may be arrested 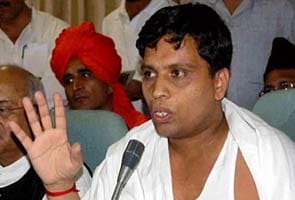 New Delhi: Amid mounting trouble for yoga guru Baba Ramdev, the Enforcement Directorate (ED) today registered a money laundering case against his close aide Balkrishna even as the agency is all set to close in on the two in its probe against their trusts.

The agency registered the case acting on the First Information Report (FIR) of the Central Bureau of Investigation (CBI) which had charged Mr Balkrishna with violations of the Passport Act.

Sources said the ED suspects that Mr Balkrishna, who has been looking after various trusts run by Mr Ramdev, could have parked the alleged laundered money abroad using the forged passport as claimed by the CBI.

"The case has been registered under section 4 of the Prevention of Money Laundering Act (PMLA) and the investigations into Balkrishna's transactions abroad are now underway," sources said.

The ED may also move to arrest Mr Balkrishna who walked out of jail on bail on August 17. He was sent to jail last month after he was arrested by the CBI for allegedly submitting fake documents for obtaining an Indian passport.

The CBI had registered a case of cheating and criminal conspiracy against Mr Balkrishna on July 23 last year for allegedly procuring fake degree and violating Section 12 of the Indian Passport Act by furnishing fake and forged High School and graduation certificates to the passport authorities for obtaining the document.

The CBI had filed a charge-sheet in a special court in Delhi against Mr Balkrishna in the case.

The ED, which is probing Mr Ramdev's trusts, for alleged contraventions of foreign exchange rules is also set to begin penal proceedings in this case too.
The Revenue department has already begun a final tax assessment of the trusts associated with Mr Ramdev after service and I-T officials recently conducted special probes on these enterprises for alleged tax evasion.

The I-T department, in May, had also slapped a notice of Rs 58 crore on the sale of ayurvedic medicines by these trusts.

The Service Tax department has similarly raised a demand of about Rs 5 crore on the 'yog shivirs' run by Mr Ramdev's trusts.

Mr Ramdev, who has campaigned against black money in the country, heads an organisation that runs the trusts which manage the manufacture and sale of ayurvedic medicines in India and abroad.

The Service Tax department has already issued a notice to Patanjali Yoga Peeth for sale of entry coupons for yoga camps.

Thousands of people have participated in these camps conducted across the country and abroad.

Promoted
Listen to the latest songs, only on JioSaavn.com
The yoga guru had declared his business empire to be worth more than Rs 1,100 crore. The capital involving the four trusts run by him totalled Rs 426.19 crore while the expenditure incurred on them amounted to Rs 751.02 crore.